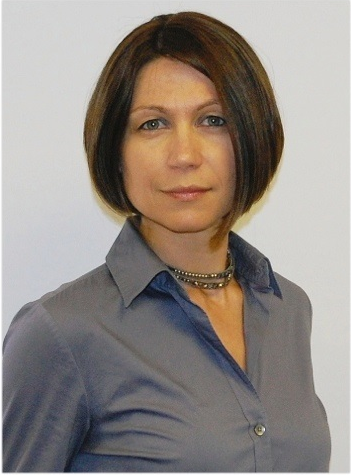 Mariana Budjeryn is a PhD Candidate at the Doctoral School of Political Science, Public Policy and International Relations at the Central European University in Budapest, Hungary. Mariana obtained her BA in political science at the Kyiv-Mohyla Academy in Ukraine and her MA in international relations at CEU. She is currently working on a dissertation comparing the contrasting paths of Ukraine, Kazakhstan and Belarus toward NPT accession. Mariana’s interests include political and social theory, politics of post-Soviet transition, moral and ethical aspects of nuclear use and possession and all things at the intersection of international law and international politics. Her contributions and commentaries appeared in the Wilson Center NPIHP publications, Arms Control Today and World Affairs Journal. 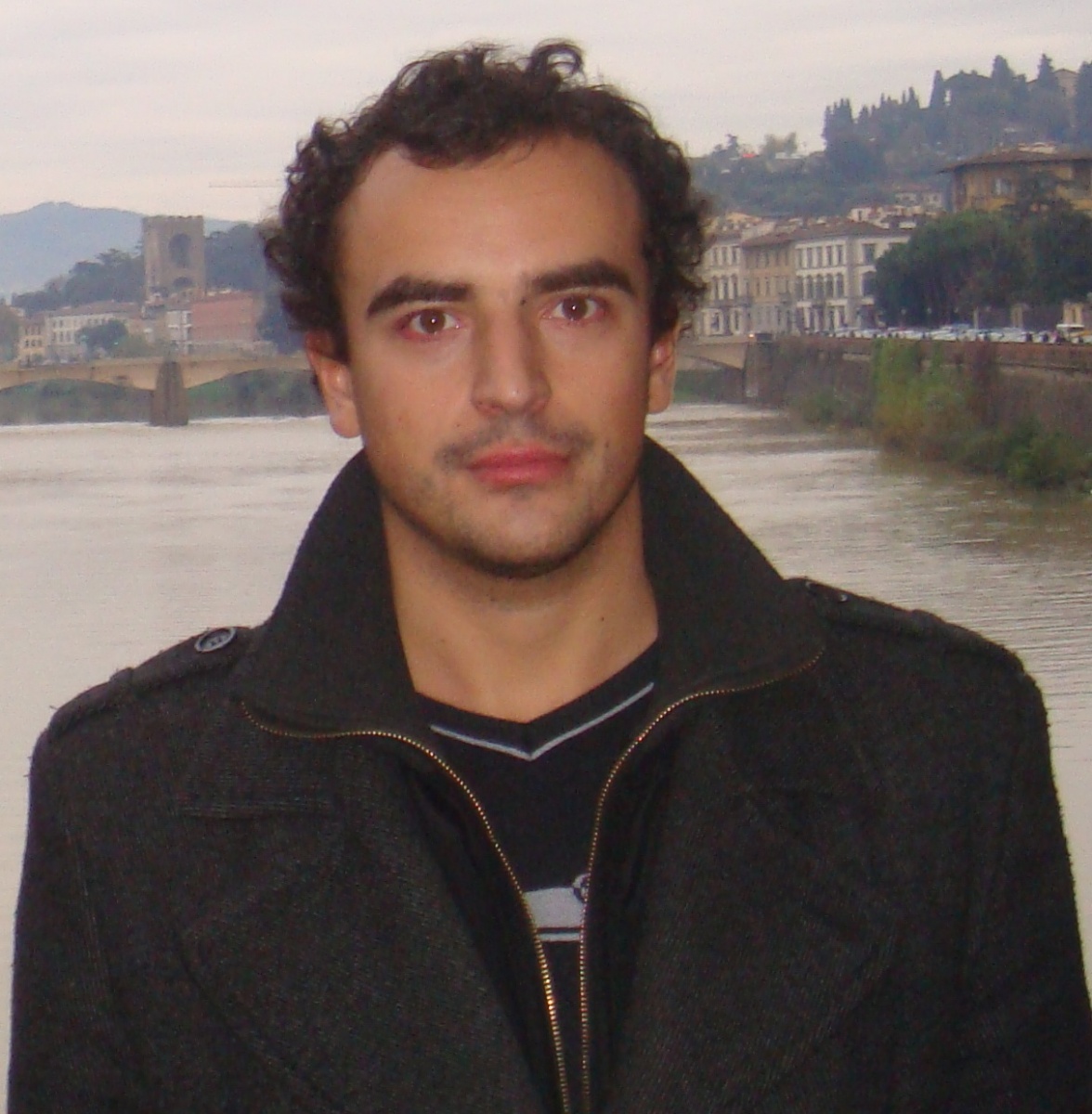 Oleksandr Cheban earned a Master of Arts in International Relations in 2011, and now he is a PhD candidate in Political Sciences. Currently he is a research fellow at the International Relations Department of Odessa National I. I. Mechnikov University (Ukraine). His research interests cover nuclear history of Ukraine, the history of nuclear cooperation between Ukraine and the Middle East countries and the current problems of nuclear proliferation in the Middle East. 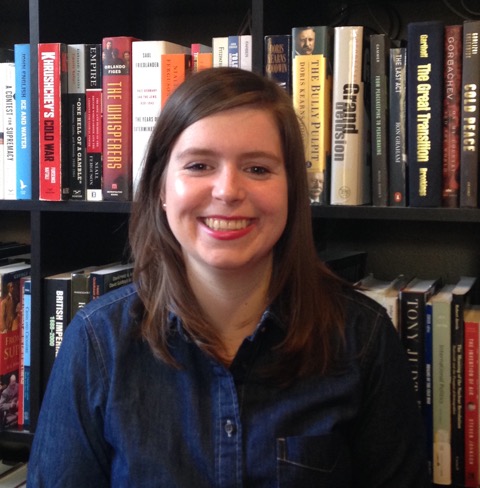 Susan Colbourn is a Ph.D. Candidate in History at the University of Toronto and a Junior Fellow at the Bill Graham Centre for Contemporary International History. Her dissertation, entitled “Out of Area? The North Atlantic Treaty Organization and the Collapse of Détente, 1975-1982,” examines the alliance’s response to the unravelling of superpower détente. It considers, in particular, the intersection between nuclear, strategic, political, economic, cultural, and ideological questions in allied decision-making and allied perceptions of the Cold War. Prior to her doctoral studies, Susan completed an MA in the History of International Relations at the London School of Economics and Political Science (2011) and an Hon. BA in History and International Relations at the University of Toronto (Trinity College, 2009). 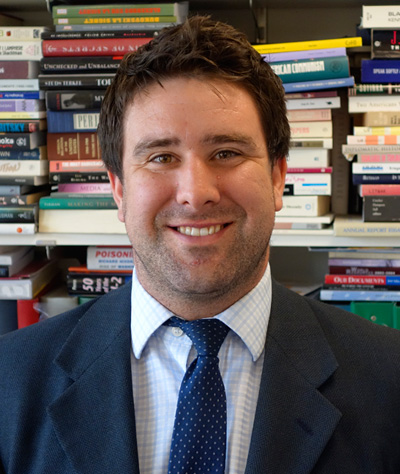 Nate Jones is the Director of the Freedom of Information Act Project for the Archive. He oversees the thousands of Freedom of Information Act (FOIA) and Mandatory Declassification Review (MDR) requests and the hundreds of FOIA and MDR appeals that the Archive submits each year. He acts as liaison between Archive analysts and agency FOIA offices, and serves as the Archive's FOIA counselor to the public. He is also editor of the Archive's blog “Unredacted” where he writes about newly declassified documents and FOIA policy; he also manages the Archive Twitter feed and Facebook page. He has authored the Archive's past four government-wide FOIA Audits, including Outdated Agency Regulations Undermine Freedom of Information. He earned his MA in Cold War History from The George Washington University, where he used FOIA to write his thesis on the 1983 "Able Archer" nuclear war scare. He has also produced The Able Archer 83 Sourcebook, the comprehensive declassified collection of documents on the 1983 nuclear war scare. His article, "Countdown to Declassification," in the Bulletin of the Atomic Scientists, examines the intersection of Able Archer 83, nuclear miscalculation, and government secrecy. 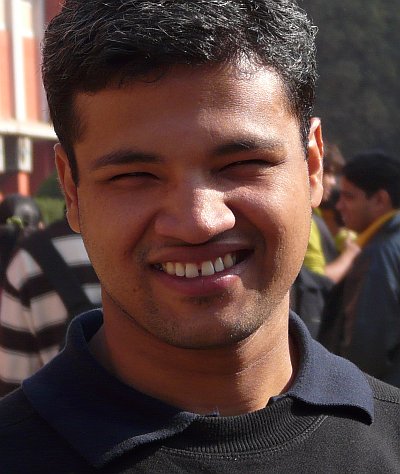 Yogesh Joshi is a doctoral candidate at the Center for International Politics, Organisation and Disarmament, School of International Studies, Jawaharlal Nehru University, India. His PhD dissertation examines the interaction of domestic political ideologies with international political structures in the making of Indian foreign and security policy during the Bharatiya Janata Party-Led government from 1998 to 2004. He is also working independently on the history of India's nuclear submarine programme and has done extensive archival research in Indian archives. He has been a fellow at GWU and is currently an international PhD partnering fellow at King’s College. He is also a project fellow with the Indian Council of Social Science Research working on nuclearisation of South Asia and its consequences for Indian security. His research has been published in Survival, Comparative Strategy, Harvard Asia Quarterly, US Naval War College Review and Asia Policy. 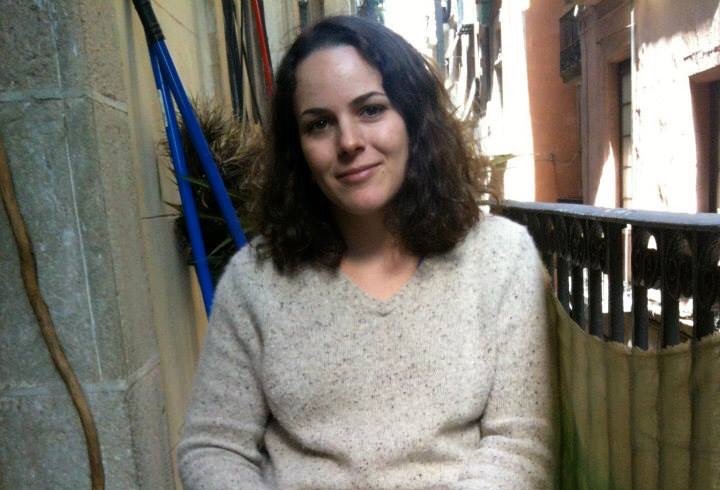 Isabel Lane is a graduate student in her third year at Yale University, pursuing a PhD in Slavic Languages and Literatures. Her dissertation focuses on the nuclear bomb and its fallout in Russian and American literature, specifically the political and ecological aftereffects of the arms race on the postmodern novel. Some of her other interests include translation, humor theory and postmodern theory. 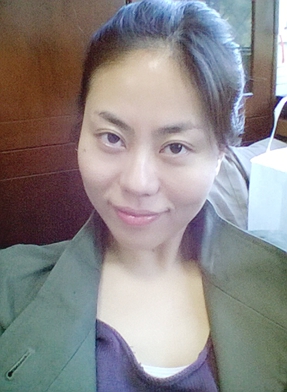 Jing Liu is a Ph.D Candidate at the School of History in Capital Normal University, People's Republic of China. She got her M.A. in History of International Relations from the same School in 2014. In her M.A. thesis, “A Study of the United Nations Atomic Energy Commission(UNAEC)”, she used multilateral archives to illuminate the relationship between the origins of the Cold War and UNAEC. Her main current academic interests include China nuclear politics during Cold War, Berlin Crisis, and decision-making mechanism of American diplomacy. 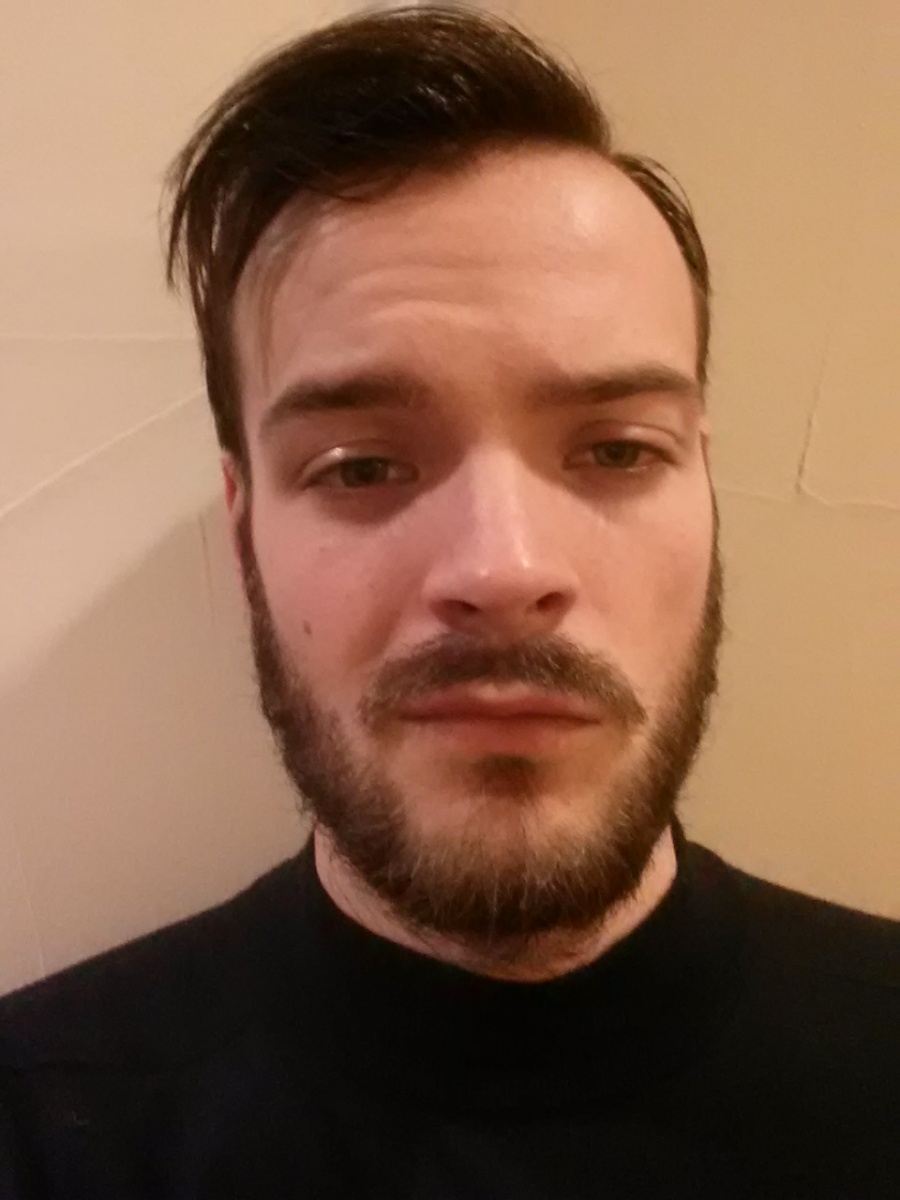 Duncan Marchbank - Although he was raised as a child outside of London, England, his university education has been based in the Washington D.C. area. He attended George Washington University to attain his Bachelor's degree in History and he is currently pursuing a MA in History at George Mason University. His interests include critical theory, art history, and fine art (as well as a healthy love for baseball - go Nationals!). 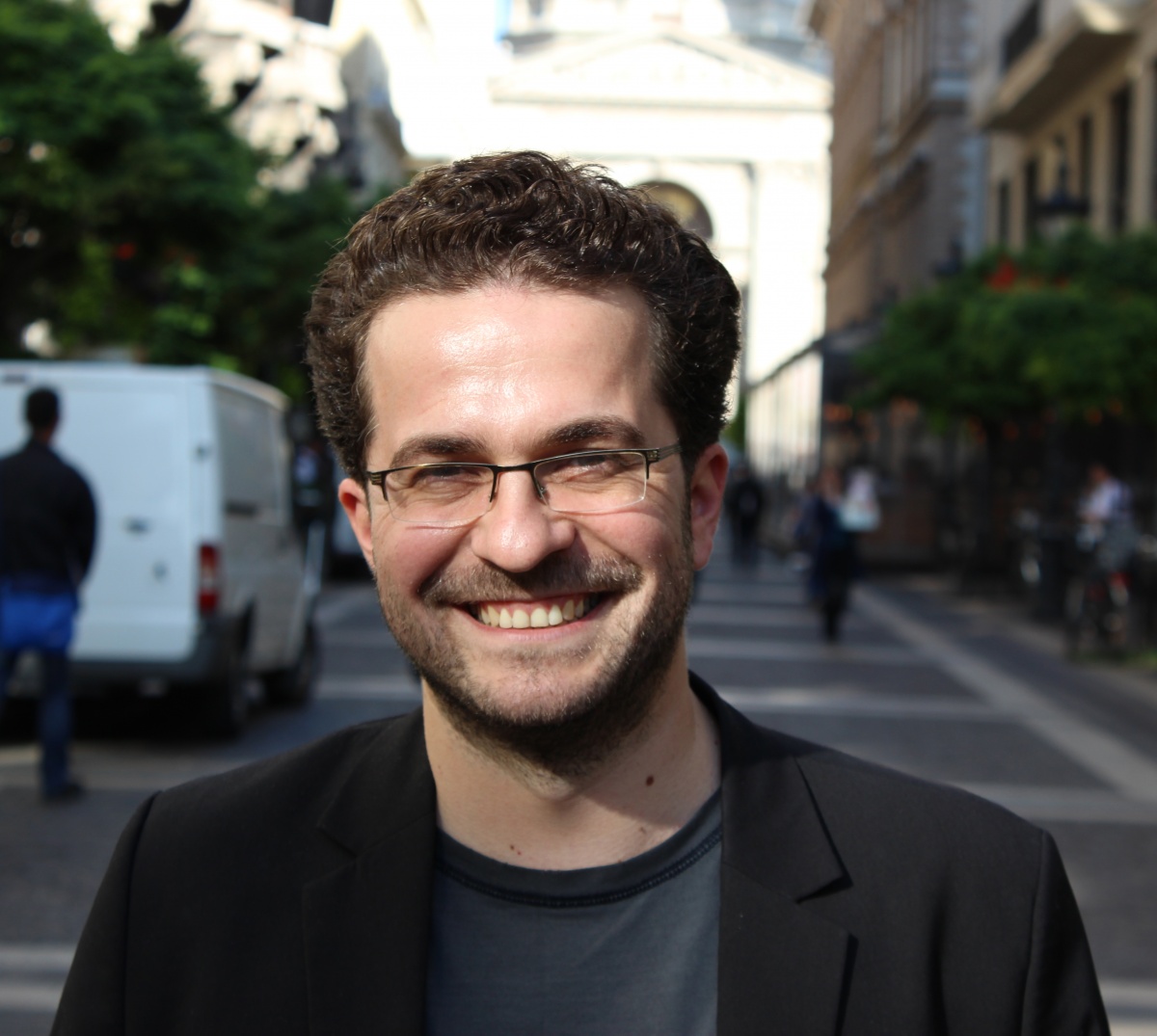 Marko Miljkovic studied history of automobilism as a social phenomenon in the interwar Yugoslavia during his BA and MA studies at the Faculty of Philosophy in Belgrade (Serbia), History Department. Working on his second MA thesis at the Central European University in Budapest (CEU), he shifted his interests to the Cold War history and the problem of technology transfer from Western countries to socialist Yugoslavia, with focus on the automobile industry. In his ongoing PhD studies at CEU he’s researching the history of the Yugoslav nuclear program, nested in a larger field of nuclear proliferation during the Cold War. During his education he worked on various projects such as digitalization of the archival material, expert assistant in the movie screenplay writing, etc. He also works at the Automobile Museum in Belgrade. His other interests are cooking, playing guitar and sports, particularly fencing and running. 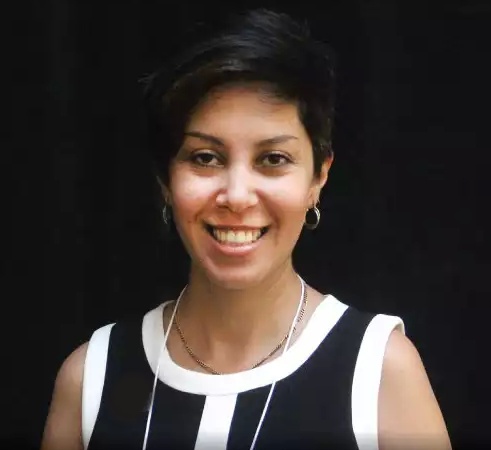 Pupak Mohebali is a PhD Candidate in International Security and teaching assistant in the Department of Politics, University of York, UK. She earned her M.A. in International Relations at Allameh Tabatabaei University, Iran. Currently, she’s conducting a doctoral research on the impact of Iranian élite conceptions of national identity on decisions affecting Iran’s nuclear program and E3+3 nuclear negotiations. 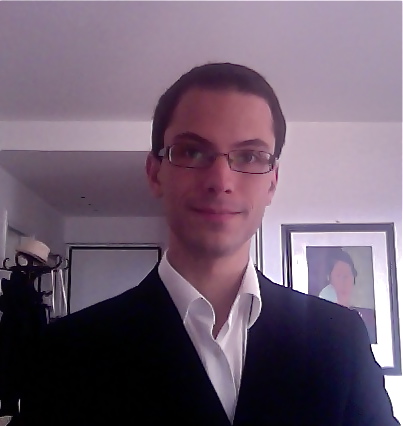 Massimiliano Moretti holds a Bachelor's degree in History and a Master's degree in International Relations, both from the University of Roma Tre. In November 2013, he was awarded a University scholarship to carry out archival research in College Park for a thesis on Italy's military nuclear policy in the late 1950s. Before defending his thesis, he was the youngest speaker in the international conference held last November in Trieste on "Italy's Nuclear Experience in an International and Comparative Perspective". His research interests include European military cooperation and transatlantic relations during and after the Cold War. 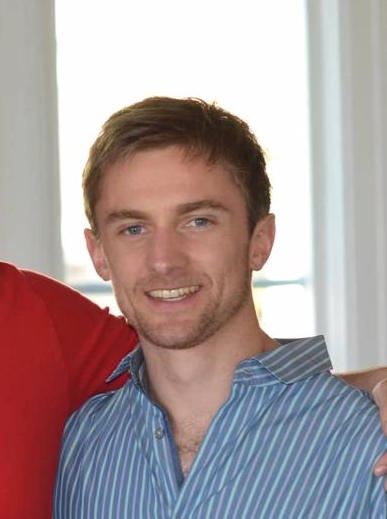 Ryan Musto is a PhD student in history and an advisee of Professor James Hershberg at The George Washington University. He earned a BA in History from New York University and joint MA/MSc degrees in international and world history from Columbia University and The London School of Economics, respectively. During his masters program Ryan wrote his thesis on Latin America’s nuclear weapon free zone and its relations with the nuclear programs of Argentina and Brazil. His doctoral dissertation examines U.S. posture towards nuclear weapon free zones throughout the Cold War. 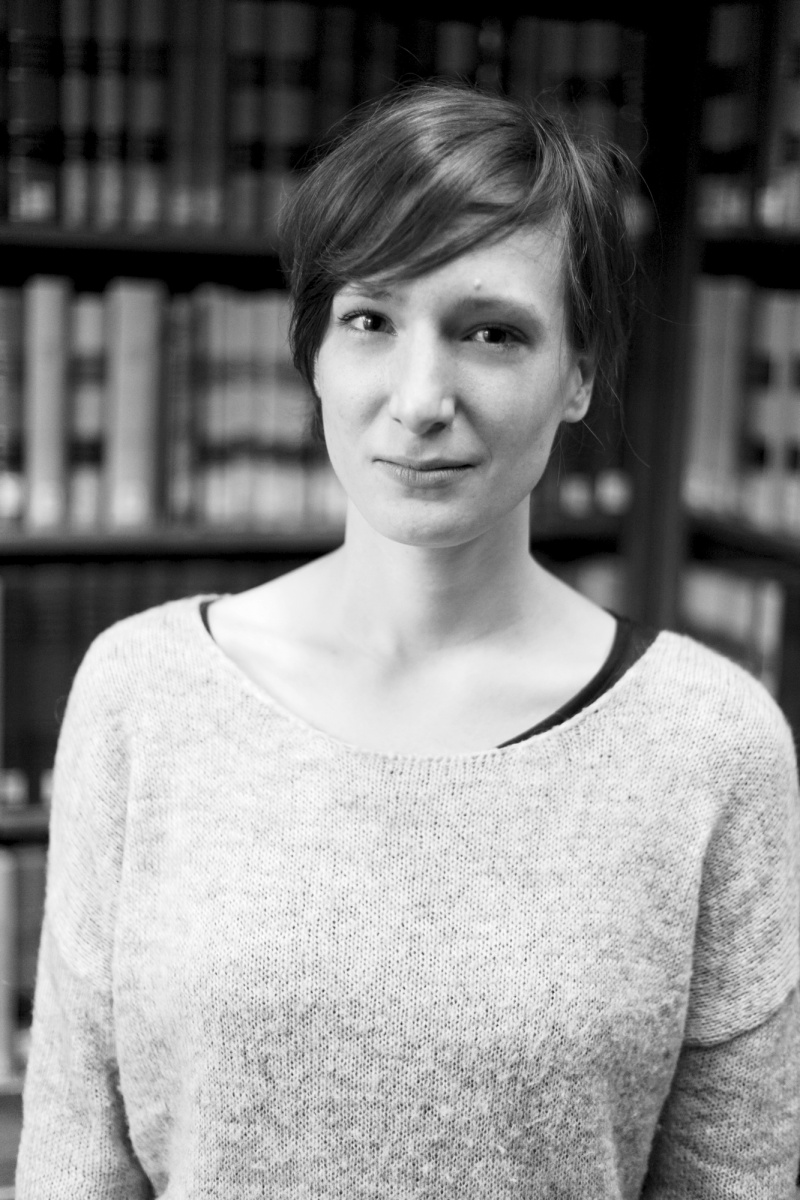 Laura Sembritzki - While studying History and Political Sciences at the Ruhr-University Bochum, she worked as a research assistant at the junior professorship for Environmental History. Currently she is working as a PhD student on East European History at the University of Heidelberg. Focusing on the history of the Soviet Union in the 20th century, respectively the RFSFR, her particular emphasis is placed on the Nuclear History as well as on the History of Knowledge and Science. 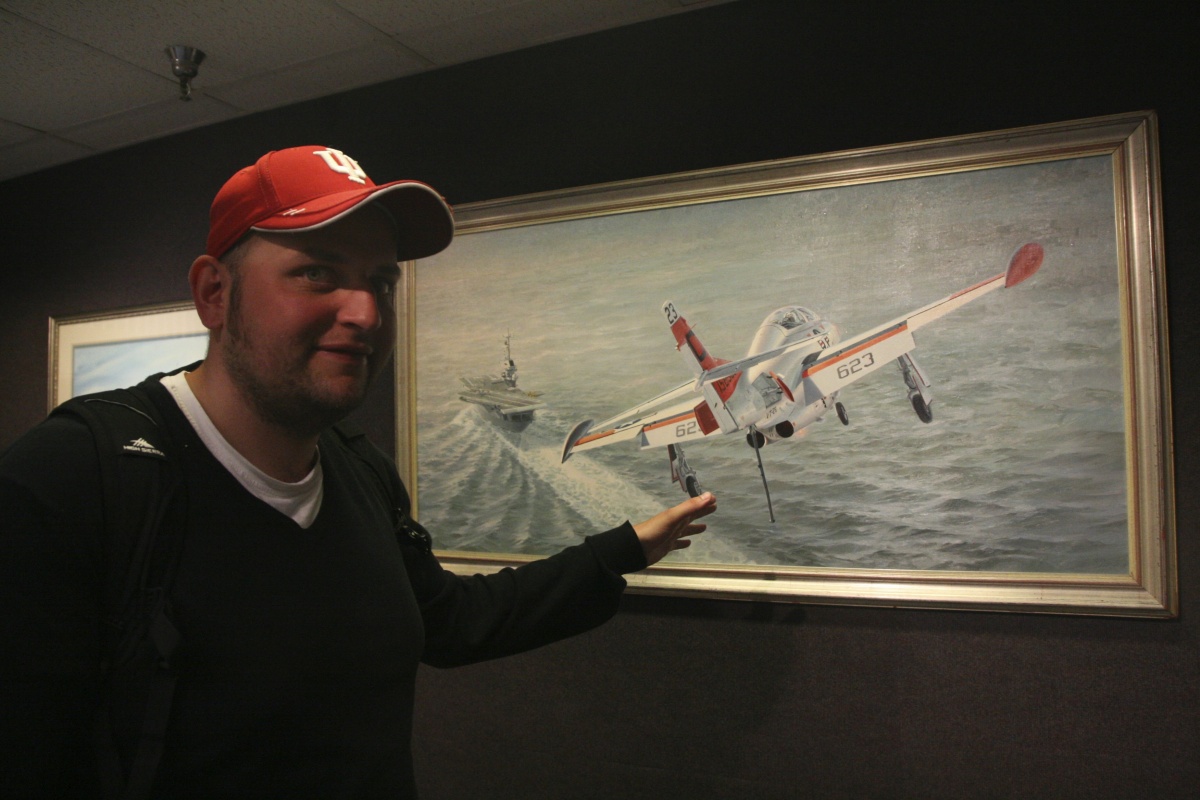 Maciej Stanecki has been a doctoral candidate at Faculty of History at University of Warsaw since 2011. He received his MA degrees from the University of Warsaw (History) and from the National Defense College (Aviation). After a short episode in Polish Air Force and a corporate career in defense sector, he decided to pursue an academic career. Maciej received additional postgraduate degree in National Security in the program organized by the University of Warsaw, Ministry of Defense and National Security Bureau. In current academic year he is a Visiting Fellow at University of Notre Dame, where apart from working on his thesis, he teaches a course on the Ending of the British Empire after 1945. His current research interests are related to the question of disengagement in Central Eastern Europe, especially from the perspective of Polish Nuclear Free Zone initiative of 1957, known as the "Rapacki Plan" and its reception in Britain and in the United States. In the future Maciej would like to focus his work on various disengagement initiatives for Central Europe and their role in shaping the security system seen from global and regional perspective. 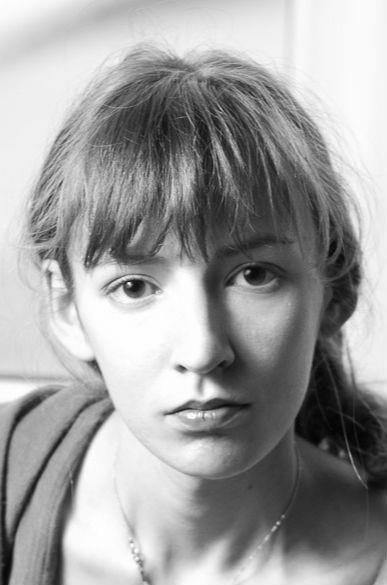 Adel Teregulova graduated in 2011 from the Law Faculty of the Russian State University of Trade and Economics. After finishing University, she worked one year as a Legal Adviser. However, since she has always been interested in research, Adel continued her studies at the MA EMGS Programme (Erasmus Mundus Global Studies). The main subjects of her studies were history and international relations. Besides, she got accepted to the EcOS Programme (East Asian Economy and Society) of the University of Vienna where she is currently studying and focusing on Chinese-Russian relations. Next year she is planning to start a PhD program in history. Her sphere of scientific interests lies in the field of modern history. 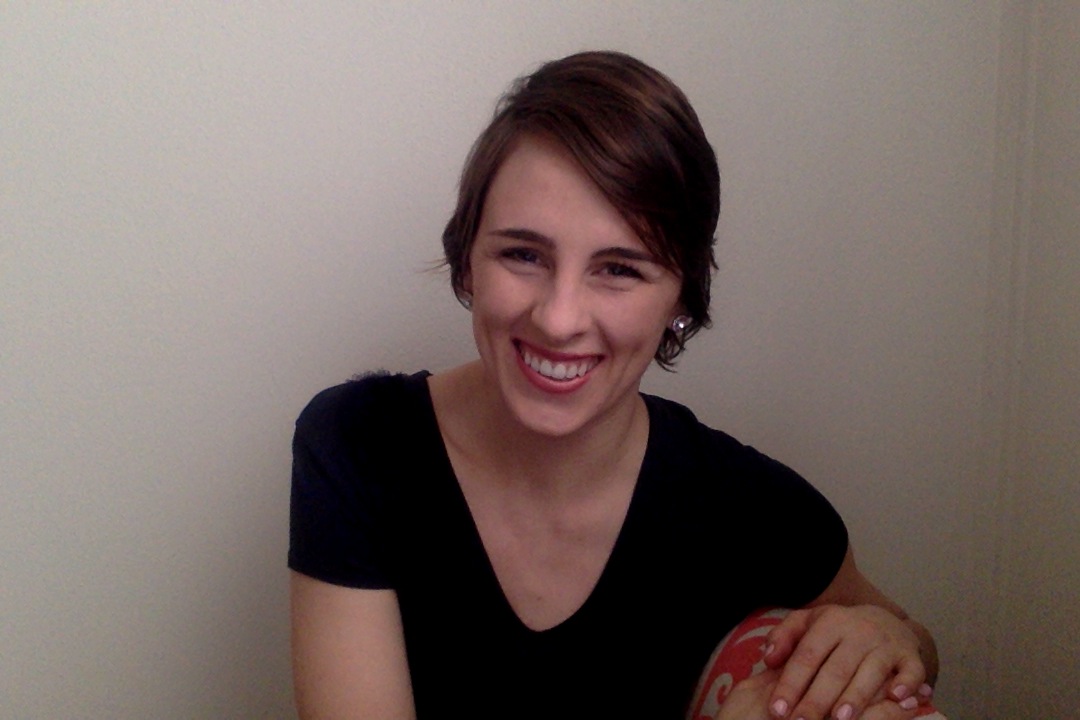 Annie Tomlinson is an historian-in-training at Cornell University. Within the broad field of twentieth century U.S. history, her primary research interest is the influence of Cold War foreign and domestic policy decisions on American scientific and academic research programs. Her specific areas of historical interest include the rise of "big science" at the dawn of the Cold War, scientists' participation in treaty negotiations, the military-industrial-academic complex, and anti-intellectual currents in American politics and culture. Her current project looks at government and media framing of the Limited Test Ban Treaty in 1964. She grew up in Albuquerque, New Mexico and attended Grinnell College, a liberal arts university in rural Iowa. Prior to joining the history department at Cornell, she taught in a public school. She has also worked as a technical intern in Sandia National Laboratories from 2008-2011 and 2014-present. 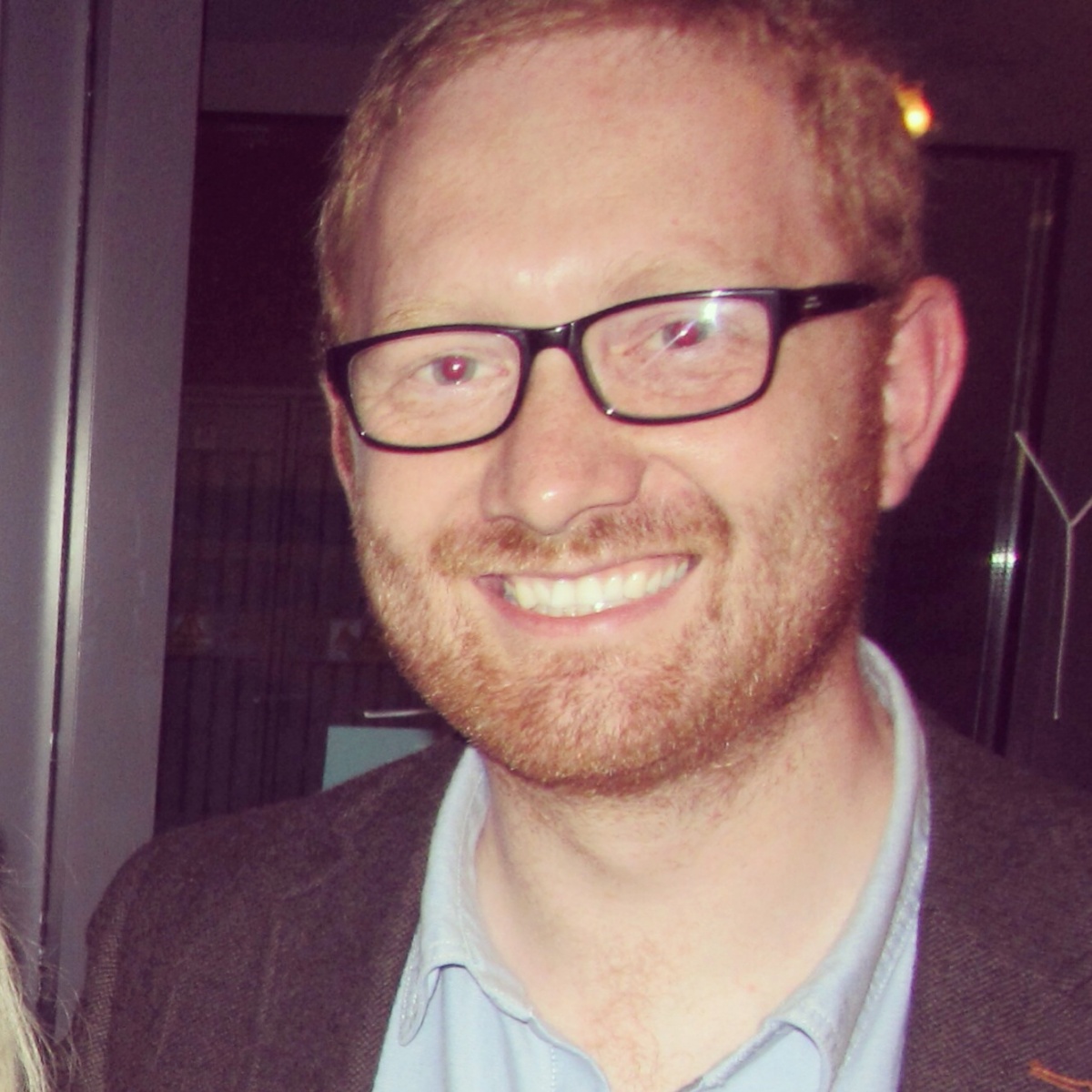 Jamie Walsh is a final year Irish Research Council (IRC) Ph.D scholar at University College Cork, where he also lectures on Nuclear Politics and Proliferation. His research focuses on Irish nuclear disarmament foreign policy. He holds a Double 1st BA (English Literature and History) from UCC and MA (War Studies) from King's College London. He has previously worked at the Irish Department of Foreign Affairs (Disarmament Section) and as a researcher at the International Institute for Strategic Studies (IISS), London. He has co-published in peer-reviewed journals, contributed to a two-volume academic encyclopedia on counter-terrorism and participated in national radio historical debates.