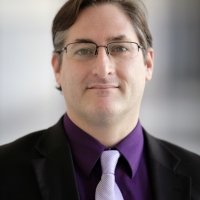 In an era of international terrorism and the rise of large, well-organized Islamic jihadist groups working hard to violently establish strict conservative Islamic states, the need for continually evolving threat assessments becomes paramount for the safety of lives and assets. One such threat assessment to evaluate is the vulnerability of the Southeast Asian region as a possible new theater for the expansion of the jihadist group known as the Islamic State in Iraq and Syria (ISIS). Southeast Asia is a fairly diverse region that incorporates multiple nations that include Vietnam, Laos, Cambodia, Thailand, Myanmar, Malaysia, the Philippines, Indonesia, Brunei, and East Timor. Among these is Indonesia, the world’s most populous Muslim nation. One might assume that any Islamist terrorist group would have the most success gaining a foothold in Indonesia, however, several factors need to be evaluated before making such an assumption.