Bilingual, Bicultural, Not Yet Binational: Undocumented Immigrant Youth in Mexico and the United States 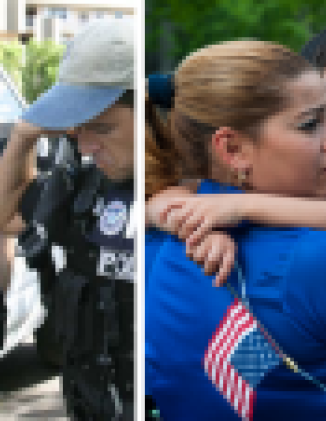 An entire generation of children, adolescents and young adults has been caught in the crucible of increasing criminalization of immigrants coupled with neoliberal globalization policies in Mexico and the United States. These are first- and second-generation immigrant youth who are bicultural, often bilingual, but rarely recognized as binational citizens in either of their countries. Since 2005, an estimated two million Mexicans have returned to Mexico after having lived in the United States, including over 500,000 U.S.-born children. As of 2005, the population of Mexican-origin immigrant youth in the United States (first- and second-generation) reached an estimated 6.9 million. They have come of age in conditions of extreme vulnerability due to their undocumented status or the undocumented status of their parents.

The challenges that immigrant youth face in the aftermath of deportation and return are varied. Emotional distress, post-traumatic stress syndrome, depression and alienation are commonly described as key factors during the first months to years of return. These young people have experienced family separation, a sense of alienation, and human rights violations during detention and deportation. Systemic and inter-personal discrimination against deportees and migrants among the non-migrant population in Mexico can make an already challenging situation more difficult. For some, an accent, a lack of language proficiency in Spanish, and/or tattoos make it difficult to “blend in,” find jobs, or continue their studies. In addition to emotional and socio-cultural stress, there are also facing systemic educational, employment and political barriers to local integration and stability.

This paper examines the phenomenon of binational immigrant youth and, in the interest of constructing a binational agenda that privileges the human security and socio-economic integration of immigrant youth in the United States and Mexico in the short- and long-term, proposes a list of binational public policy recommendations.