Skip to main content
Support
Show
Streaming
Responding to the Ukrainian Refugee Plight: The EU and US Perspectives
Explore More
Close
Event
The Challenges of Brazil’s Electoral System with Justices Gilmar Mendes and Teori Zavascki
On Monday, November 7, 2016 at 10:00 – 12:00 ET
Share on FacebookShare on TwitterShare via Email
Share
Share
Email
Part of the Rule of Law Lecture Series
Publication 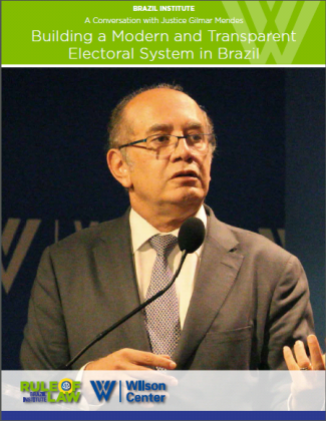 By Brazil Institute
Rule of Law

JUSTICE GILMAR MENDES was appointed to the Supreme Court of Brazil in 2002 by former President Fernando Henrique Cardoso and is currently the longestserving member of the Court. Justice Mendes studied law at the University of Brasilia and University of Munster, receiving his PhD in Law magna cum laudae in 1990. He has authored numerous books and articles on the Brazilian Supreme Court and Constitution. Justice Mendes currently heads Brazil’s Superior Electoral Court, which supervises elections at every level throughout Brazil. He served as Chief Justice of the Supreme Court from 2008-2010, a position that rotates every two years among the justices of the Court. 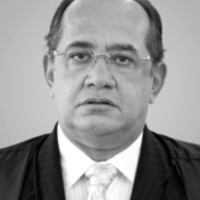