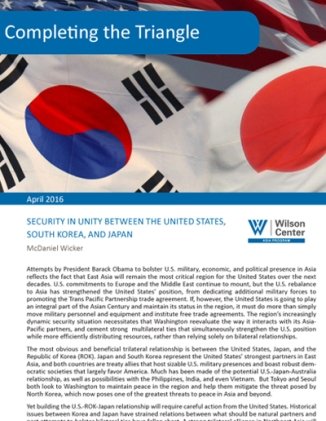 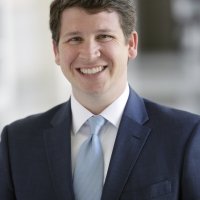 Asia’s increasingly dynamic security situation necessitates that Washington reevaluate the way it interacts with its Asia-Pacific partners, and cement strong multilateral ties that simultaneously strengthen the U.S. position while more efficiently distributing resources, rather than relying solely on bilateral relationships. The most obvious and beneficial trilateral relationship is between the United States, Japan, and the Republic of Korea. Japan and South Korea represent the United States’ strongest partners in East Asia, and both countries are treaty allies that host sizable U.S. military presences and boast robust democratic societies that largely favor America. Asia Security fellow McDaniel Wicker explores the potential benefits and hurdles such a relationship might face in this new report from the Asia Program.

Completing the Triangle: Security in Unity Between the U.S., South Korea, and Japan by The Wilson Center on Scribd