Countering the Evolving Drug Trade in the Americas 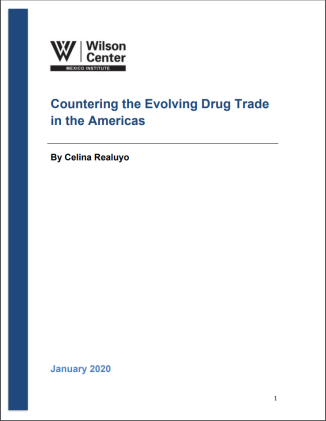 The illicit drug trade in the Americas has been evolving and expanding from plant-based narcotics like cocaine, heroin and marijuana to potent synthetic substances like fentanyl and methamphetamine. Since the 1980’s, the U.S. war on drugs focused on countering cocaine trafficking that made the Colombian and Mexican cartels immensely wealthy and powerful. Over the past decade, U.S. narcotic consumption has shifted significantly from cocaine to opioids and methamphetamine, resulting in an unprecedented opioid epidemic with 72,037 drug overdose deaths recorded in 2017 according to the Centers for Disease Control and Prevention. Meanwhile, Mexican cartels are increasingly trafficking opioids and synthetics to respond to market changes in the U.S. The atomization of large cartels and increased competition to dominate trafficking routes resulted in record levels of violence in Mexico with 29,111 homicides registered in 2018. The October 17, 2019 failed Mexican government operation to capture one of El Chapo Guzman’s sons demonstrated how the Sinaloa cartel outgunned Mexican security forces and terrorized the city of Culiacan for hours. This paper will examine the evolving drug trade across the Americas from plant-based to synthetic drugs, the role of the Darknet as a force multiplier for the narcotics market, and U.S. and Mexican national and international efforts to address the dynamic drug trade and associated violence.