Skip to main content
Support
Show
Live Now
Seeing the Forest and the Trees: Climate Ambition and Development in the Brazilian Amazon
Explore More
Close
External link
Science and Technology
The Cyberwire | Cyber conflict and cyberespionage. No early rave reviews for leaked, early drafts of the US EO on cybersecurity.
Share on FacebookShare on TwitterShare via Email
Share
Part of the Policy Briefs
Publication

Dealing with the Iranian Nuclear Challenge 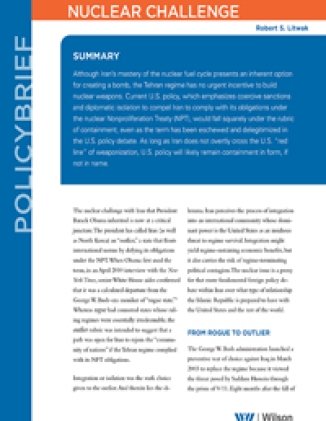 Although Iran’s mastery of the nuclear fuel cycle presents an inherent option for creating a bomb, the Tehran regime has no urgent incentive to build nuclear weapons. Current U.S. policy, which emphasizes coercive sanctions and diplomatic isolation to compel Iran to comply with its obligations under the nuclear Nonproliferation Treaty (NPT), would fall squarely under the rubric of containment, even as the term has been eschewed and delegitimized in the U.S. policy debate. As long as Iran does not overtly cross the U.S. “red line” of weaponization, U.S. policy will likely remain containment in form, if not in name. 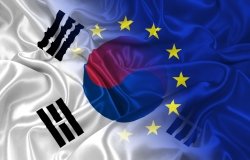 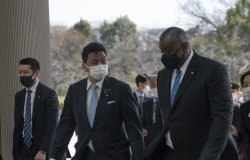 Blog post
Trade and Development
Hurdles Ahead for Japan’s Bridge-Building Future
By Shihoko Goto on March 23, 2021

Audio
Security and Defense
AfPak File: Breaking Down The New US Peace Plan For Afghanistan