Skip to main content
Support
Explore More
Close
Blog post
Gender
Games Round Up: LGBTQ+ Education
By Richard Liu on June 30, 2020
Share on FacebookShare on TwitterShare via Email
Share
Part of the The Expert Take
Publication

Education in Mexico: the industry without innovation 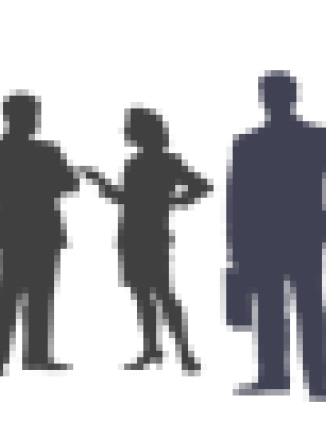 The education apparatus in Mexico plays with the same playbook as it did more than 50 years ago; iron-fisted unions, lack of accountability, poor performance and a central approach to local problems.  Education, in general has neglected to innovate and shift the way it is managed. While every other industry has evolved, simplified and increased its productivity; education has remained untouched.

Even though Mexico’s Education Reform was the first enacted by President Peña Nieto’s Government last year, its real prospects still remain to be seen. The secondary legislation has to be bold in order to achieve the desired results. Being conservative or mild at this point would certainly limit the opportunity for Mexico´s educational system to change. A needed change as the PISA results showed that Mexico was in 34th place out of 34 member states of the OECD: the lowest ranking result ever for Mexico.

Mexico’s education has many challenges such as lack of a clearly-defined educational model, the role of the Unions, level of social engagement and parent involvement. Parent involvement is one of the key challenges and is closely related to the paradigm of the central monopoly the government runs in education. This has historically prevented parents from becoming involved in the educational process. No real iterations happen at the school level. Parents rarely interact with school officials due to the centralization of education. For now, education policy fails to recognize the different challenges throughout the country.

Mexico is a vast territory, full of contrasts. It reflects different traditions throughout the country, and regional cultures remain central to Mexican reality. Nevertheless, the education authority remains centralized and distant from the many local issues that schools face: students, teachers and directors. Schools’ challenges are different from one region to another.  A “one size fits all” approach on a National basis is outdated and hence the need for a new set of policies. A shorter command chain more attuned with local reality is needed which addresses each challenge specifically.

Education policy has been more of a campaign drumbeat than a policy process. The education apparatus is in need of profound change and institutionalization. As it is today, education is heavily reliant on continuous negotiation, bargaining and people. The endeavor of changing education policy entails building a system around processes, management and modern administration. Education services must be centered on the ultimate beneficiary: the student. Just as every other industry has done, focus on the consumer.

Failing to recognize the student as the core of the education policy is systemic in Mexico. Government and society have surrendered the education system to Teachers’ Unions that very much reflect the negotiation techniques of another era. The unions use the only recourse known to them, social disobedience. This a recourse that is less in use as many education unions evolve into progressive entities that understand their role in the education process and that are subject to vey high social demands and parental watch.  Again the role of the parents is key to change the status quo. To move forward this contradictory time with Reform, but without change, Congress needs to be bold and the Ministry of Education (Secretaria de Educacion) needs to be executive.

Economic inequality is perhaps the greatest source of this education crisis. Is also one of its most severe effects, in turn perpetuating the never-ending cycle. Poor education is delivered to those more vulnerable in most marginalized areas of Mexico. In those areas the Teacher Unions have their sanctuaries of impunity. Perhaps this is one of the key indicators that centralized education is not a formula for success. A successful system would be able to recognize its regional challenges, tailor solutions accordingly, and follow up with implementations that guarantee access to quality.  Access to quality eduction in marginalized areas of Mexico is the key to break the never-ending cycle.

Another piece of the puzzle is the lack of motivation. Education in Mexico is perceived to be a static stage in our lives rather than the dynamic process in which the individual grows and the collective –society- is able to advance. In Mexico teachers think of their position as an asset rather than a privilege. The system is designed to reward stagnation, which abates any hint of motivation. The system needs to be transformed, injected with a new sense of motivation and a career development plan, rewarding effort and results, allowing upward mobility. Some great teachers would make good school principals. Some great principals would make for great supervisors and so on. Fostering human development and motivation is key to awake the education system. And motivation is perhaps the single most relevant component of the human process of education.

The mismatch between modernizing policies and real needs has been commonplace in Mexico. Programs have been designed to fail from their origin due to the lack of context. For example, the distribution of technologies in schools that could not even use them, as happened in the period from 2000-2006. This is a mismatch between what is desired and what is possible. A mismatch in education realities, a reality that is different from state to state and from municipality to municipality.

The solution for education recognizes a long-term approach, as an investment if you will; it needs a value-added investment approach. As any investor in any other industry would do, it needs institutional focus. It needs time. Perhaps more time than what politicians are willing to invest, perhaps more time than voters are prepared to wait. Then this really calls for a change in our understating of the solution. It calls for innovation in education.

In the following months Gildardo Gutierrez will be delivering a series of articles on education in partnership with the Mexico Institute. The series will examine a set of initiatives that aim to transform the education system and that intend to bring innovation to the industry.  New management approaches, school district implementation, regional education authorities, fostering new academic programs and parent involvement in Mexico.

Gildardo Gutierrez has founded education institutions in Mexico and the United States. He serves in the Board of Trustees of the National Hispanic Institute and other education organizations. He actively promotes international education agreements. He is also a regular guest in Telemundo and Univision for education topics. In 2013 Gildardo published the book  “Futuro Educativo: Distritos”.

Gildardo is currently researching on education at the McCourt School of Public Policy in Georgetown University. He also serves as President for the Mexican Business Council in Washington DC. (Asociacion de Empresarios Mexicanos).