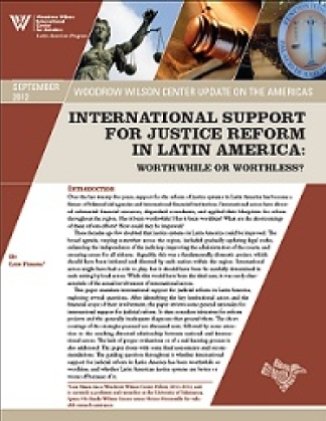 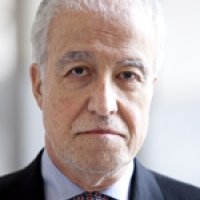 Over the last twenty-five years, support for the reform of justice systems in Latin America has become a fixture of bilateral aid agencies and international financial institutions. International actors have directed substantial financial resources, dispatched consultants, and applied their blueprints for reform throughout the region. Has it been worthwhile? Has it been worthless? What are the shortcomings of these reform efforts? How could they be improved?

Three decades ago few doubted that justice systems in Latin America could be improved. The broad agenda, varying somewhat across the region, included gradually updating legal codes, enhancing the independence of the judiciary, improving the administration of the courts, and ensuring access for all citizens. Arguably, this was a fundamentally domestic project, which should have been initiated and directed by each nation within the region. International actors might have had a role to play, but it should have been be carefully determined in each setting by local actors. While this would have been the ideal case, it was rarely characteristic of the actual involvement of international actors.

This paper examines international support for judicial reform in Latin America, exploring several questions. After identifying the key institutional actors and the financial scope of their involvement, the paper reviews some general rationales for international support for judicial reform. It then considers initiatives for reform projects and the generally inadequate diagnoses that ground them. The shortcomings of the strategies pursued are discussed next, followed by some attention to the resulting distorted relationship between national and international actors. The lack of proper evaluations or of a real learning process is also addressed. The paper closes with some final assessments and recommendations. The guiding question throughout is whether international support for judicial reform in Latin America has been worthwhile or worthless, and whether Latin American justice systems are better or worse off because of it.