Iran and Syria: The End of the Road? 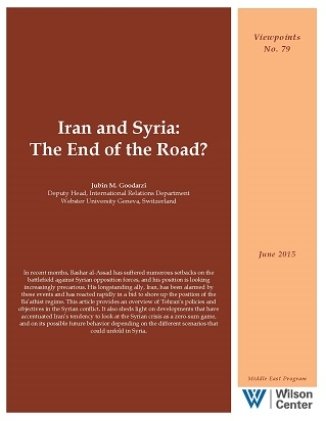 In recent months, Bashar al-Assad has suffered numerous setbacks on the battlefield against Syrian opposition forces, and his position is looking increasingly precarious. His longstanding ally, Iran, has been alarmed by these events and has reacted rapidly in a bid to shore up the position of the Ba’athist regime. This article provides an overview of Tehran’s policies and objectives in the Syrian conflict. It also sheds light on developments that have accentuated Iran’s tendency to look at the Syrian crisis as a zero-sum game, and on its possible future behavior depending on the different scenarios that could unfold in Syria.

Article
The Latest in Jordan
By James F. Jeffrey on April 5, 2021