Iran and the Syrian and Iraqi Crises 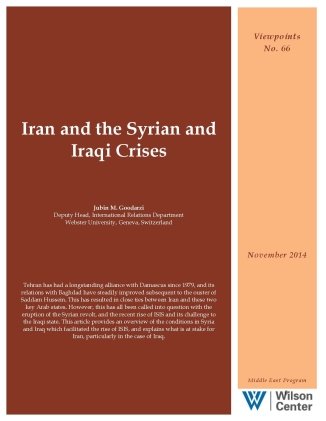 Tehran has had a longstanding alliance with Damascus since 1979, and its relations with Baghdad have steadily improved subsequent to the ouster of Saddam Hussein. This has resulted in close ties between Iran and these two key Arab states. However, this has all been called into question with the eruption of the Syrian revolt, and the recent rise of ISIS and its challenge to the Iraqi state. This article provides an overview of the conditions in Syria and Iraq which facilitated the rise of ISIS, and explains what is at stake for Iran, particularly in the case of Iraq.