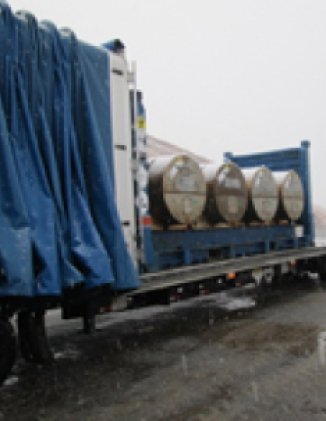 Above: U.S. Secretary of Defense William J. Perry (right) Ukraine Minister of Defense Valeriy Shmarov (center) and Russian Federation Minister of Defense General of the Army Pavel Grachev (left) celebrate the completed dismantlement of Silo 110 by planting sunflowers in the field where the missile silo used to be near Pervomaysk, Ukraine, June 4, 1996

The Breach: Ukraine's Territorial Integrity and the Budapest Memorandum

Russia’s annexation of Crimea and covert invasion of eastern Ukraine places an uncomfortable focus on the worth of the security assurances pledged to Ukraine by the nuclear powers in exchange for its denuclearization. In 1994, the three depository states of the Nuclear Nonproliferation Treaty (NPT)—Russia, the United States, and the United Kingdom—extended positive and negative security assurances to Ukraine. The depository states underlined their commitment to Ukraine’s sovereignty and territorial integrity by signing the so-called “Budapest Memorandum.

Using new archival records, this examination of Ukraine’s search for security guarantees in the early 1990s reveals that, ironically, the threat of border revisionism by Russia was the single gravest concern of Ukraine’s leadership when surrendering the nuclear arsenal. The failure of the Budapest Memorandum to deter one of Ukraine’s security guarantors from military aggression has important implications both for Ukraine’s long-term security and for the value of security assurances for future international nonproliferation and disarmament efforts. Russia’s breach of the Memorandum invites strong scrutiny of other security commitments and opens an enormous rhetorical opportunity for proliferators to lobby for a nuclear deterrent.