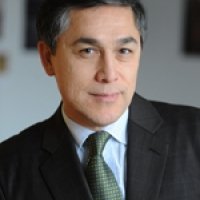 NKIDP Working Paper #1, “Juche and North Korea’s Global Aspirations,” written by Charles K. Armstrong (Columbia University), follows North Korea’s expansion of diplomatic and economic ties both within and outside of the socialist bloc from the late 1960s into the early 1980s.

Drawing from Hungarian and German archival documents, CIA records, and publications from North and South Korea, Armstrong argues that:

- The eventual decline of North Korea’s Third World diplomacy and the promotion of juche as a developmental model reflected the contradiction between North Korea’s juche policy and the necessary requirements of active engagement in the international system;

- North Korea’s First World diplomacy and attempts at economic engagement with advanced capitalist countries did not result in deep and extensive linkages between North Korea and the West, nor did they give much long-term benefit to either side;

- North Korea could only engage comfortably with the wider world if it had the economic, military, and political support of the socialist camp, therefore the collapse of the socialist bloc led to the ultimate failure of North Korea’s pursuit of globalization.

Appended to NKIDP Working Paper #1 are three translated documents from Hungarian and German archives that allow scholars and students to gain insight into how North Korea’s foreign relations with both socialist and non-socialist countries developed and changed from the late 1960s into the early 1980s.

To download “Juche and North Korea’s Global Aspirations,” or to view the documents included in the article, please see the links below.

DOCUMENT NO. 1
Report, Embassy of Hungary in North Korea to the Hungarian Foreign Ministry, 9 March 1967

DOCUMENT NO. 2
Report on the official friendship visit to the DPRK by the Party and state delegation of the GDR, led by Com. Erich Honecker, 8-11 December 1977

DOCUMENT NO. 3
Memorandum on the Conversation between Erich Honecker and Kim Il Sung on 1 June 1984