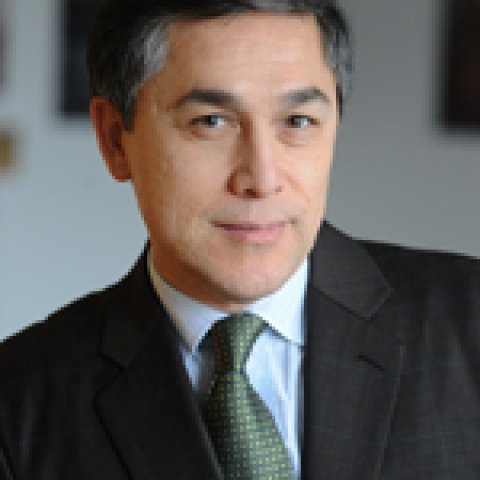 Charles K. Armstrong is former Korea Foundation Associate Professor of Korean Studies in the Social Sciences in the Department of History and the director of the Center for Korean Research at Columbia University. A specialist in the modern history of Korea and East Asia, Armstrong has published several books on contemporary Korea, including Tyranny of the Weak: North Korea and the World, 1950-1992 (Cornell, 2013), The Koreas (Routledge, 2007), The North Korean Revolution, 1945-1950 (Cornell, 2003), Korea at the Center: Dynamics of Regionalism in Northeast Asia (M.E. Sharpe, 2006), and Korean Society: Civil Society, Democracy, and the State (Routledge, second edition 2006), as well as numerous journal articles and book chapters. His current book projects include a study of North Korean foreign relations in the Cold War era and a history of modern East Asia. Armstrong is a frequent commentator in the US and international media on Korean, East Asian, and Asian-American affairs. Armstrong teaches courses on modern Korean history, the international history of East Asia, the Vietnam War, and US-East Asian relations, among others.

He received his BA from Yale, MA from the London School of Economics, and PhD from the University of Chicago. He joined the Columbia faculty in 1996.