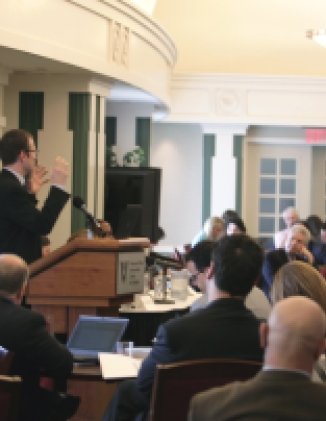 The Wilson Center’s Latin American Program is pleased to present a new report, “Local Markets for Illegal Drugs: Impacts, Trends, and New Approaches.” The report, also available in Spanish, examines the public health, social development and citizen security impacts of retail drug markets in major urban areas in the Americas and how traditional law enforcement approaches have altered and, at times, exacerbated the security situation.  The report also looks at  new approaches for dealing with this troubling phenomenon.

The report is based on the proceedings of the April 28, 2014, “side event” organized at the Wilson Center as part of the biennial meeting of the Inter-American Drug Abuse Control Commission (CICAD) of the Organization of American States.  This side-event, the second of its kind, was organized by the Latin American Program in cooperation with Colombia’s Ministries of Foreign Affairs, and Justice and Law, as well as with significant support from CICAD.  (The first such meeting was held in Bogotá in December 2013.) As chair pro-tempore of CICAD, the Government of Colombia invited the Latin American Program to organize the forum  to complement the official proceedings among Member States, and provide insight into a phenomenon that is having a major impact on youth throughout the region. Participants in the meeting included representatives of 12 countries in the hemisphere, members of 10 nongovernmental organizations, and independent experts. The discussions focused on two key issues: a) current impacts, trends, and challenges related to retail drug distribution; and b) new responses to local markets for illegal drugs. The event concluded with a brainstorming sessions that resulted in a series of recommendations for addressing the impacts of retail drug markets in the hemisphere.