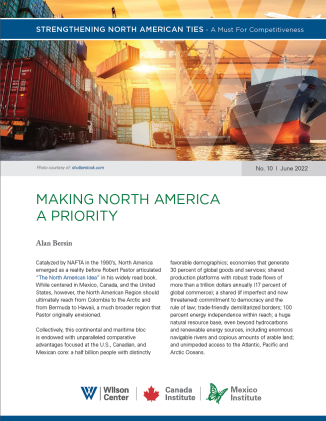 Catalyzed by NAFTA in the 1990’s, North America emerged as a reality before Robert Pastor articulated “The North American Idea” in his widely read book. While centered in Mexico, Canada, and the United States, however, the North American Region should ultimately reach from Colombia to the Arctic and from Bermuda to Hawaii, a much broader region that Pastor originally envisioned.

Global Fellow;
Assistant Secretary for International Affairs and Chief Diplomatic Officer for the U.S. Department of Homeland Security (DHS) Office of Policy, and Vice President of INTERPOL for the Americas Region
Read More