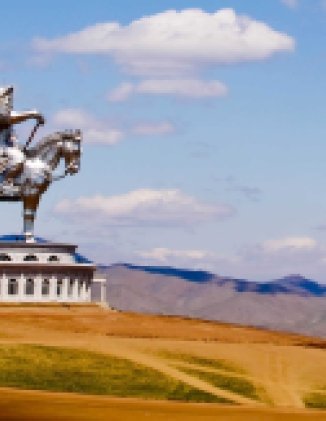 China’s economic boom appears to be contagious. Over the past few years, China’s northern neighbor has quietly caught the bug and become the world’s second-fastest growing economy, experiencing a GDP growth rate of approximately 17.3 percent in 2011. Mongolia’s swift economic rise is driven by the massive development of mineral and coal mining, which now accounts for approximately 29 percent of the country’s GDP growth. The National University of Mongolia estimates that mining will double the country’s GDP in the next decade. Coal output alone is expected to grow 62 percent by 2015 – evidence of the government’s willingness to tap this vital resource for domestic use and exports. The Mongolian government estimates that the opening of large mines to commercial operations will push the country’s GDP growth to 19 percent in 2013.

Foreign investors, particularly Chinese companies, are vying for “Minegolia’s” resources.  While this investment in the expanding coal, gold, and copper industries offers the promise of improving the livelihoods of the Mongolian people—the country has a poverty rate of 35.2 percent—dependence on mineral exports also subjects the country to economic vulnerability due to commodity prices’ high volatility. Mining is also creating serious environmental problems for this dry grassland country—not only polluting water and soil, but threatening the country’s limited water resources with overuse. Coal mining in particular is driving a critical water-energy confrontation that mirrors challenges facing China’s dry and coal-rich north.

This research brief is the first installment of a CEF examination of the growing water-energy confrontation in Mongolia linked to foreign direct investment (FDI), particularly from China. The dilemma facing Mongolia’s policymakers is how to balance economic development and environmental sustainability with an expanding conflict over water allocation between people and industry. Our second installment will focus more on the economics and governance of water usage in Mongolia’s mining sector.

Minegolia Part I: China and Mongolia’s Mining Boom by The Wilson Center