Negotiations for a Trans-Pacific Partnership Agreement 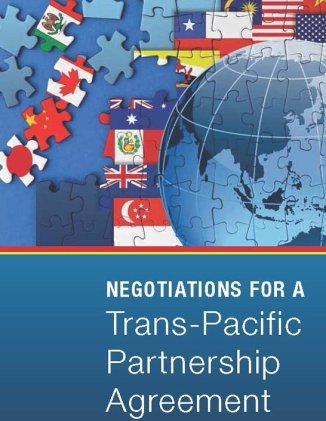 The Trans-Pacific Partnership negotiations between 11 countries would expand our free trade agreements to include four new countries - Brunei, Malaysia, New Zealand ad Vietnam - and offer the opportunity to strengthen some of our current agreements, particularly the North American Free Trade Agreement. However, the real potential benefit of the TPP negotiations is that an agreement could provide a template for future agreements with other more commercially important countries, including Japan, China and Russia, and perhaps even for future multilateral trade negotiations.

If the TPP negotiations are to fulfull this promise, however, it is critical that the rules be right. This means that they must deal with the major gaps in the World Trade Organization rules, such as the lack of effective rules governing state-owned enterprises. Additionally, the negotiations need to lay the ground for addressing currency manipulation, an issue that is not currently on the TPP negotiating table.

It also means that the rules must be such that other countries are not hesitant to join the TPP in the future. U.S. proposals on investor-state dispute settlement, controls on capital flows and access to medicines have been the most controversial and need to be carefully crafted to respect the needs of our trade partners.

Given the stalemate in the Doha Development Round, the TPP negotiations are the best hope for developing a rules-based 21st century international trade system.