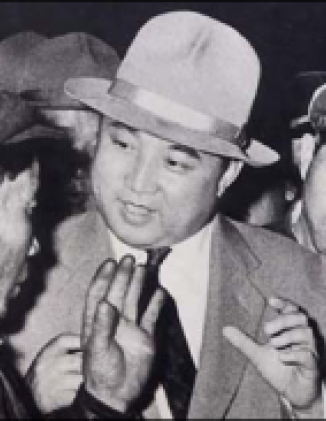 It is a well-known fact that despite national division and legal restrictions in South Korea, North Korea has succeeded in maintaining connections with, and has provided support for pro-northern elements in, South Korea. In 2010, NKIDP made headlines with the release of a collection of (East) German STASI files detailing established diplomatic procedures for transiting South Korean citizens through the German Democratic Republic to Pyongyang for meetings with Korea Workers’ Party officials.[1]

Records of an August 1960 meeting between the Soviet and East German ambassadors to North Korea, obtained by NKIDP from Russian and German archives, indicate that Pyongyang maintained ties with, and even provided material support to, the Socialist Mass Party (Sahoe taejungdang), trade unions, and student groups based in Seoul, Busan, and Masan. Members of these groups reportedly even travelled illegally to Pyongyang in August 1960 to celebrate the 15th anniversary of Korea’s liberation from Japan and to hold meetings with the leadership of the Korean Workers’ Party (KWP).

The newly translated documents also reveal details about North Korea’s polices toward inter-Korean relations. In addition to publicly calling for the establishment of an inter-Korean confederation, under which both countries would maintain their political systems, the North Korean leadership also sought to broaden its connections inside of South Korea through “organized bases” of the working class and young people. The KWP had also established a special office for relations with South Korea, featuring three departments tasked with overseeing direct ties with the South, agitation and propaganda, and Japanese-South Korean ties.

The conversation between the Soviet and East German ambassadors also reveals new details about North Korean development strategies and about tensions in Sino-DPRK relations.

James F. Person is the Senior Program Associate for the History and Public Policy Program and coordinator of the North Korea International Documentation Project. He is currently completing a PhD in Korean history at the George Washington University, working on a dissertation on North Korea's relations with the Soviet Union and China from 1956-1962.