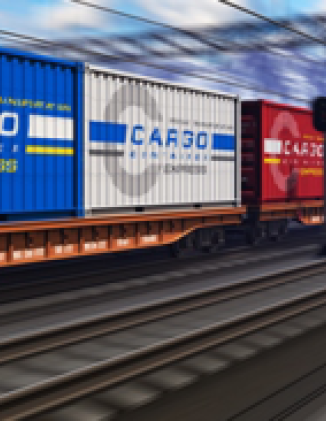 The 1994 North American Free Trade Agreement (NAFTA) among Canada, Mexico, and the United States was a bold experiment in economic integration and regional cooperation. To be successful, the initiative demanded political leadership and a commitment to regionalism. It required a vision that extended beyond short-term national interest and it demanded creative thinking about how three large countries could integrate their markets in a meaningful way.

Twenty years later, NAFTA is a senior citizen among trade agreements and the trilateral experiment is at a crossroads. Political leadership has ebbed and the appeal of North American regionalism is being replaced by the market appeal of Asia Pacific, the European Union and other trade chimeras. But, even if the NAFTA partnership has frayed at the edges, the three economies have already done most of the heavy lifting of economic integration. We have, in fact, achieved a market where tariff barriers are very low, and non-tariff barriers have steadily declined. What we lack is a shared vision for NAFTA’s next generation that will help us overcome disparities in our national economic, political and security priorities.

NAFTA has been effective, but it has become so routine that it is taken for granted and it has not grown beyond its initial iteration to create the promised integrated North American market. Politically, it is easier to sell a new agreement because new agreements are more potential than substance. Former USTR Robert Zoellick (2013) argues that the U.S. Congress prefers to seek ambitious new agreements rather than improve the old ones because politicians believe that they have a better chance of promoting constituent interests through new deals. By contrast, when every economic woe is blamed on the NAFTA, politicians are reluctant to re-ignite old battles that promise few short-term political gains.

The Trans-Pacific Partnership (TPP), Transatlantic Trade and Investment Partnership (TTIP) and Pacific Alliance are important initiatives but they are glimmers of far-off opportunity. For the United States, pursuing a new global economic architecture through new agreements without first consolidating a North American single market is risky. An ad hoc diversification agenda could rebound to the disadvantage of U.S. interests if investors and talent move to better-governed locations away from North America where they can continue to access U.S. consumers and resources from offshore. A future-oriented approach will not waste the real advantages we have established in the NAFTA, which is now the market for more than 80% of Mexico’s exports, 75% of Canada’s exports and 31% of U.S. exports (Intracen 2012).

This paper seeks to take stock of NAFTA’s advantages and accomplishments. By looking at what we have done right over the past two decades and building on lessons learned, we can create a framework for North American competitiveness and a map for trilateralism for the coming decades. 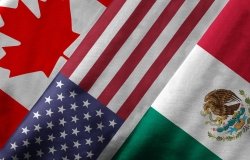