North Korean Pilots in the Skies over Vietnam 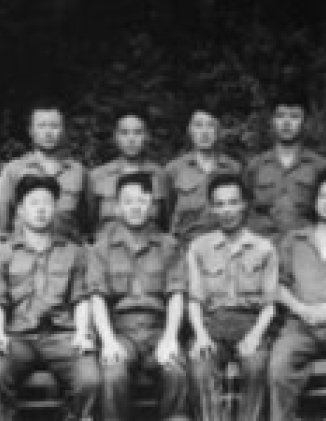 In 2000, twenty-five years after the Vietnam War ended, both North Korea and Vietnam admitted for the first time that, as had long been rumored but never before officially confirmed, North Korean pilots had flown in combat against U.S. aircraft over North Vietnam during the Vietnam War. No further details of North Korea’s involvement were provided, however, and subsequently very little information has been provided. An official Vietnamese military history published in 2001 contained only the following general statement: “Under the terms of an agreement between Korea and Vietnam, in 1967 a number of pilots from the Korean People’s Liberation Army were sent to Vietnam to provide us training and the benefit of their experience and to participate in combat operations alongside the pilots of the People’s Army of Vietnam. On a number of flights Korean pilots scored victories by shooting down American aircraft.”[1] Vietnamese military histories usually refer only to an unidentified regimental-sized flying unit called “Group Z” [Doan Z]. Except in a few isolated instances, these histories provide no information about the exact size, composition, or activities of the mysterious “Group Z,” except that it was based at Kep Airfield northeast of Hanoi from early 1967 through 1968. An article published in a Vietnamese newspaper in August 2007 reported that in 2002 the bodies of the 14 North Korean Air Force personnel killed during the Vietnam War had been buried in a cemetery in Vietnam’s Bac Giang Province and had been disinterred and repatriated to North Korea. In a letter to the newspaper to correct several mistakes made in the original article, a retired North Vietnamese major general who had worked with the North Koreans revealed that a total of 87 North Korean Air Force personnel had served in North Vietnam between 1967 and early 1969, during which time the North Koreans had lost 14 men and had claimed to have shot down 26 American aircraft.[2]

Merle L. Pribbenow graduated from the University of Washington in 1968 with a bachelor's degree in political science. He then joined the CIA and served in South Vietnam as a Vietnamese language specialist for five years (1970-1975). He is now an independent researcher/author specializing in the Vietnam War.

[Click to view the document in the Wilson Center's Digital Archive]

During a meeting of the Current Affairs Committee of the Central Military Party Committee, Comrade Phung The Tai, the Commander of the Air Defense-Air Force Command, reported that our allies had requested permission to send a volunteer air force unit to fight in Vietnam. The request stated that their personnel would be organized into individual companies that would be integrated into our air force regiments, that they would wear our uniforms, and that they would operate from the same airfields as our air force. Our allies said that they could send a large number of technical [support] personnel but that we would be totally responsible for providing ground technical support and for providing supplies for their unit.

After a discussion by the Current Affairs Committee of the Central Military Party Committee, as the presiding officer Comrade Vo Nguyen Giap reached the following decision: The North Korean air force personnel would be called “specialists” but in reality they would be volunteer soldiers. For that reason, we had to agree to respect our allies but at the same time we had to maintain our own sovereignty. During the course of their training and combat operations, we had to clearly delineate their area of operations and assign them both a primary and an alternate airfield. With regard to command arrangements, we would be their superiors, but within the allied [North Korean] regiment they would directly command their own forces with the assistance of representatives from our side, who would give them their specific operational missions. General Giap demanded that coordination arrangements between the two sides must be very clear and precise to avoid any unfortunate complications in the future.

[Click to view the document in the Wilson Center's Digital Archive]

3. - The specialist companies assigned to the Vietnamese air force regiment would be subordinate to the regiment headquarters and would be under the guidance and direction of Vietnam’s Air Defense-Air Force Command.

4. - Coordination between air force units and between the air force and anti-aircraft artillery and surface-to-air missile units would be carried out under the guidance and direction of Vietnam’s Air Defense-Air Force Command.

6. - North Korea would provide the basic technical and tactical training to the specialists in North Korea. After their arrival in Vietnam, Vietnam would only provide them with the on-the-job training necessary to adapt to the battlefield conditions, weather conditions, and their battle opponents.

Merle L. Pribbenow II graduated from the University of Washington in 1968 with a bachelor's degree in political science. After serving in the CIA for 27 years, he retired in 1995 and is now an independent researcher/author specializing in the Vietnam War.