Peña Nieto’s Cabinet: What Does It Tell Us About Mexican Leadership? 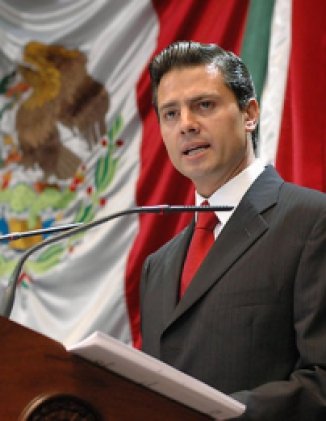 An analysis of cabinet leadership in Mexico has always provided insights into political recruitment trends for the policy-making leadership in general. In the past, the leadership of cabinet agencies has exerted a tremendous influence on formal and informal characteristics of Mexican government officials. One only has to look back at the rise of technocratic leadership in the region generally, and Mexico’s own special version in the 1980s and 1990s. That component of national political leadership imprinted many distinctive patterns on national politicians, some of which continue to the present. Such an analysis of the present cabinet is particularly significant for three reasons. First, to what extent does the current leadership reflect changes in compositional patterns of the most influential policy-makers which are the result of a democratic electoral process dating from 2000? Second, does the return of the PRI reflect traditional patterns established by the last two presidential administrations, those of Carlos Salinas de Gortari (1988-1994) and Ernesto Zedillo (1994-2000), or has the present cabinet taken on features which reflect the influences of two previous National Action Party administrations led by Presidents Vicente Fox and Felipe Calderón? Third, have significant patterns emerged reflected in these recent appointments, and those of the two previous administrations, which suggest influential characteristics exercising broader influences in the future?

This essay briefly analyzes the backgrounds of the twenty-two cabinet secretaries and important cabinet-level agencies, and the president, and compares them with equivalent leadership, where appropriate, from three prior presidential periods. Those consist of the cabinet members from the pre-democratic era, 1935-1988, from the democratic transition, 1988-2000, and from the democratic era, 2000-2013. This analysis collectively examines 451 individuals out of 2,985 prominent politicians who have held these positions, a number of them multiple times in more than one administration. Only eight individuals who qualify for inclusion are omitted from the analysis for a lack of information.