Poverty and Agricultural Labor in the Culiacán Valley 2010-2020 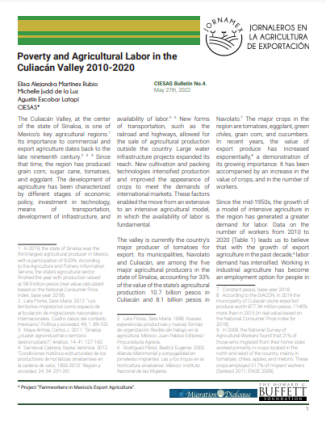 Agricultural output and agricultural exports from Sinaloa, consisting of tomatoes and many other crops, continued to increase from 2010 to 2020. During this period, multidimensional poverty fell substantially in the large city of Culiacán, but it worsened in its most intensely agricultural neighbor, Navolato. The authors believe many of the benefits of export agriculture are finding their way to Culiacán. The economic dynamics of export agriculture benefit Mexico's middle sized cities in export areas. However, the authors also find that the informal "pay and go" system under which many work in Navolato has played a role in keeping poverty there at relatively higher levels.

This publication is part of the Wilson Center Mexico Institute's initiative on Farm Labor and Mexico's Export Produce Industry, made possible by generous grants from the Howard G. Buffett Foundation and the Walmart Foundation. 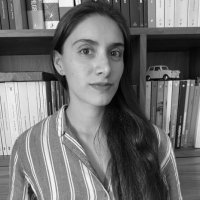