Privilege and Inequality: Cultural Exchange and the Sino-Soviet Alliance 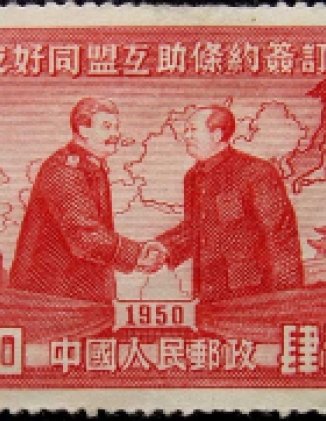 The politics of culture increasingly occupies a central position in the international history of the Cold War.  New scholarship on Sino-Soviet relations includes attention to education, filmmaking, propaganda, urban planning, literature, journalism, the role of the advisers, and other topics.[1]  The regular attention in 1950s China to the problem of Russian “great power chauvinism (daguo zhuyi),” from not just the Chinese but also the Central and East Europeans, suggest that cultural tension and conflict was central to the weaknesses of the socialist bloc generally and the Sino-Soviet relationship in particular.[2]

Soviet visitors to China were aware of the problem and its potential consequences.  We might “instruct our comrades,” reported Soviet writer Boris Polevoi, “that they do not have the duty to accept the good fortune that has come to them, and that they should live modestly and not compel the Chinese to make luxurious expenditures, and be content with their salary, which, it must be said, is very high” [Document 2].  In an enthusiastic letter to a colleague about the accomplishments of the new China, geography professor Aleksei V. Stozhenko similarly warned that “gluttonous eating, sleeping in luxury rooms, and traveling in the international car at the expense of the PRC is not helping things” [Document 1]  The Soviet advisers in China enjoyed living conditions and pay levels far above those of their Chinese colleagues, and the disparity quickly became politically sensitive in a country that preserved a keen memory of the privilege and hierarchy associated with European colonialism.

Aside from the document about a group of Chinese scientists in the Soviet Union [Document 3], the subsequent materials come from Friendship Society exchanges, which were a component of the diverse cultural exchange activities of the All-Union Society for Cultural Ties Abroad (Vsesoiuznoe obshchestvo kul’turnoi sviazi s zagranitsei [VOKS]).[3]  The Society for Chinese-Soviet Friendship (Obshchestvo kitaisko-sovetskoi druzhby [OKSD]) sponsored photograph exhibits about life in the Soviet Union and film festivals, created a radio station which featured daily programs in Chinese on Soviet music, theater, literature, and the arts, supported Russian-language study programs, mailed books and other materials to diverse Chinese groups and institutions, presented musical scores to Chinese composers, conductors, and musicians, and offered financial support for the Chinese Theater Society.[4]  The earlier Friendship Societies dated to the 1930s in Nanjing and Shanghai, while generally the Northeast (Manchuria) was most significant after 1945 in providing a trial run for practices eventually extended to the entire mainland.[5]  Important Friendship Societies were established in Lüshun, Dalian, and Harbin from 1945, and forty-five societies existed by 1946.[6]  Society activists were keenly aware that many Chinese held positive conceptions about the wealth and power of the West, coupled with negative impressions about Soviet communism.  As Qian Junrui, the General Secretary of the Central Administration of the OKSD, put it, many Chinese were influenced by “anti-Soviet ideology and mistaken conceptions about the Soviet Union.”[7]  Society branches took it upon themselves to counter these common perceptions.  The party organizer who accompanied the delegation to the Soviet Union, Zhang Jiafu, also worried about the influence of “bourgeois ideology” among scientists who had “studied in America and France.”

The many Friendship Society cultural and delegation exchanges offer a fascinating window into the deterioration of the Sino-Soviet relationship.  Over time the Chinese directed attention to the need for equality in cultural exchange, and the need to encourage a greater Soviet knowledge about Chinese culture and Soviet interest in the unique and specifically Chinese conditions important to the construction of socialism.  As Polevoi points out, the Chinese suggested the Russians establish a corresponding society in the Soviet Union to promote knowledge about China and its many accomplishments among its own population.  This corresponding network was created in 1957.  The Chinese also pushed the Russians to provide them with more practical and concrete programs that might lead to specific and identifiable results.  By 1959 the society branches throughout both countries were subject to the intense cultural politics of the Great Leap Forward.  The Russians sent the Bol’shoi Ballet to perform in celebration of the 10th anniversary of the revolution in October 1959, and the East Germans and the Czechoslovaks contributed orchestras from Dresden and Prague.[8]  The Chinese used these exchanges as an opportunity to pose radical questions about privilege and European high culture which socialist bloc musicians, officials, and experts often missed and misunderstood.  The Russians carefully watched the Chinese treatment of their Friendship Society groups, so as to attempt to ascertain new winds in Chinese politics that were likely to shape the future political situation.  A documentary film about the trip of Khrushchev to America, noted the Soviet embassy in the 8 April 1960 report, was rarely shown by the Chinese branches [Document 6].

A number of important economic exchanges and forms of collaboration continued even after the withdrawal of the socialist bloc advisers in July 1960, and the Friendship Society exchanges limped on as well.  By late 1962, the exchanges were testy.  In the wake of the Cuban Missile Crisis, Li Xigeng informed his Soviet colleagues in a “very agitated state” that “genuine communists must conduct themselves like Fidel Castro” [Document 7]. Subsequent Chinese trips to the Soviet Union were frightening to the Russians, as they were clearly opportunities for the Chinese to connect with the Soviet citizenry and conduct propaganda against Khrushchev and the reformist leadership in the Soviet Union.  In Moscow, Leningrad, Riga, Kyiv, and other cities the visiting Chinese pushed for more free time without the accompaniment of their Soviet hosts, so their Russian-language speakers could hit the streets in search of political sympathy.  “In Georgia,” reported T. Skvortsov-Tokarin, “the members of the group were extremely active in their efforts to engage in discussion with Soviet people, stop them on the street, shake their hands, talk to them, and attempt to separate from those that accompanied them” [Document 8].  Both the United States Information Agency and the Chinese Friendship Societies, albeit with dramatically different political goals, shared a common interest in turning the citizens of the Soviet world against their state, communist party, and ruling elite.  A decade later the US and China would translate these sentiments into a new strategic relationship that would turn out to have extraordinary long-term economic consequences.

Austin Jersild is Associate Professor of History at Old Dominion University. His current research explores the treatment and perception of China within the socialist bloc of the 1950s.

Obtained and translated by Austin Jersild

30 March 1959, “Memorandum of conversation with the deputy chairmen of the Committee of Cultural Ties with Foreigners under the State Soviet of the PRC, c. Zhang Zhixiang, and the deputy of the department of the socialist countries, c. Lu Ming, of 28 January 1959,” N.G. Sudarikov and S.A. Zima

31 December 1959, “Memorandum of conversation with the deputy chairmen of the People’s Committee of the city of Shanghai, and the CPC City Committee candidate and secretary, Liu Shuzhou, of 16 December 1959,” A.I. Elizavetin

1 February 1963, “Memorandum of conversation between the members of the delegation of the Society for Soviet-Chinese Friendship with the deputies of the general secretariat of the OKSD, comrades Li Xigeng and Li Zhanwu,” T. Feoktistov

24 September 1963, “About the stay in the USSR of a group of tourist-activists of the Society of Chinese-Soviet Friendship,” T. Skvortsov-Tokarin 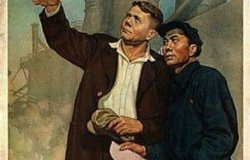