Renewable Energy in Mexico: Policy and Technologies for a Sustainable Future 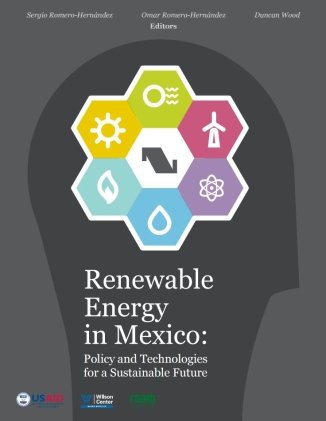 Mexico is a nation that is defined by the use of hydrocarbon energy. The economy, government finances, politics, its traditions and large segments of the population recognize oil as a fundamental base, and the influence of the oil and gas industry is noticeable in all spheres. Mexico, as a country, has obtained great wealth from oil but unfortunately this wealth has not been effectively used due to corruption and poor planning: two curses that prevail in the Mexican system. Although oil production is currently declining, it’s probable that oil as well as gas will continue to dominate the hydro-carbon industry during the following decades, either through the state-owned monopoly or eventually, with the opening to the private sector.

However, Mexico also needs to seen as a country that has great potential in renewable energy sources. While during the last years regional and international attention has rightly focused on Brazil as an emerging super power in terms of renewable energy, Mexico has been seen (again correctly) as a country that has not done enough to promote the development of the renewable energy sector. The energy debate in Mexico has been dominated by the economic and political problems in the hydrocarbon sector, while the media, the people responsible for formulating policy and many academics have practically ignored the energy sector.