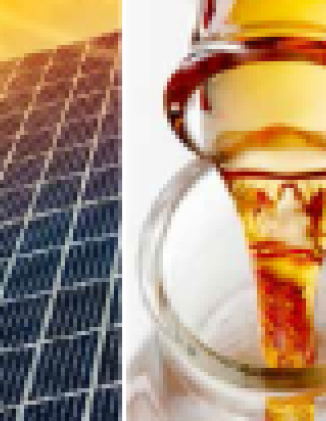 On September 23, 2003, the Nuevo Leon state government inaugurated the first landfill biogas project in Latin America with an initial installed capacity of 7.4 megawatts (MW), which has since grown to 16.96 MW. This date is significant, as it was the first major self-supply renewable energy project in Mexico, and also the first where a local government was involved. Over ten years later, in Nuevo Leon there are four major renewable energy generation projects, including a 22 MW wind farm. Nonetheless, Nuevo Leon currently generates only about half of its electricity requirements, and over 99% of electricity generated in the state relies on fossil fuels.

Heavy reliance on fossil fuels is a common theme across the Mexican Northern Border States with the notable exception of Baja California (which gets over 30% of its public service electricity from the Cerro Prieto geothermal plant). Despite abundant wind, solar and bioenergy resources, Northern Mexico has yet to fully embrace the energytransition, but this could rapidly change in the next few years.

Mexico’s recent Energy Reform, which included modifications to the Constitution in December 2013 and a comprehensive package of implementing legislation on August of 2014, represents a fundamental transformation of the sector. For renewable energy, the major opportunities are related to the creation of a new electricity market and the introduction of Clean Energy Certificates. In the new market, the National Center for Electricity Control and Dispatch (CENACE) will be fully independent of Mexico’s Federal Electricity Commission (CFE), thus allowing for a more transparent wholesale electricity market in which users above a set consumption threshold will be allowed to freely switch between generators. Mexico has already committed to produce 35% of its electricity from clean sources by 2024.

This publication "Renewable Energy in Mexico's Northern Border Region" analyzes the current renewable energy situation in the north of the country, discusses potential resources that could be used for electricity generation from renewable sources, and provides policy recommendations to increase the use of renewables in the energy sector and to achieve long-term energy sustainability.

Publication
Energy
Renewable Energy in Mexico: Policy and Technologies for a Sustainable Future
By Duncan Wood