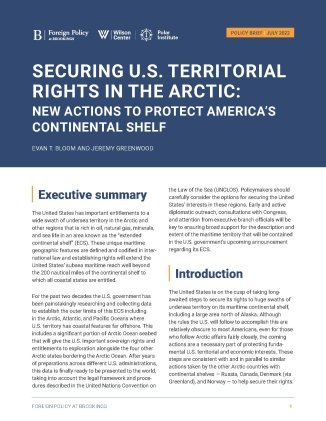 The United States has important entitlements to a wide swath of undersea territory in the Arctic and other regions that is rich in oil, natural gas, minerals, and sea life in an area known as the “extended continental shelf” (ECS). These unique maritime geographic features are defined and codified in international law and establishing rights will extend the United States’ subsea maritime reach well beyond the 200 nautical miles of the continental shelf to which all coastal states are entitled.

For the past two decades the U.S. government has been painstakingly researching and collecting data to establish the outer limits of this ECS including in the Arctic, Atlantic, and Pacific Oceans where U.S. territory has coastal features far offshore. This includes a significant portion of Arctic Ocean seabed that will give the U.S. important sovereign rights and entitlements to exploration alongside the four other Arctic states bordering the Arctic Ocean. After years of preparations across different U.S. administrations, this data is finally ready to be presented to the world, taking into account the legal framework and procedures described in the United Nations Convention on the Law of the Sea (UNCLOS). Policymakers should carefully consider the options for securing the United States’ interests in these regions. Early and active diplomatic outreach, consultations with Congress, and attention from executive branch officials will be key to ensuring broad support for the description and extent of the maritime territory that will be contained in the U.S. government’s upcoming announcement regarding its ECS. 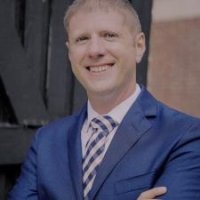