The Challenges of the 21st Century City 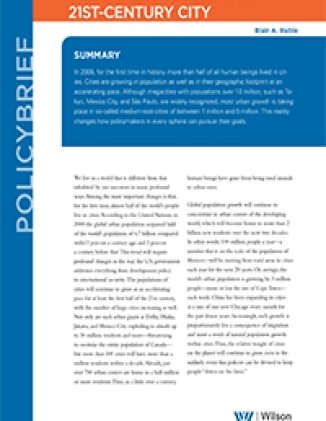 By Blair A. Ruble
Urban Studies

In 2008, for the first time in history, more than half of all human beings lived in cities. Cities are growing in population as well as in their geographic footprint at an accelerating pace. Although megacities with populations over 10 million, such as Tokyo, Mexico City, and São Paulo, are widely recognized, most urban growth is taking place in so-called medium-size cities of between 1 million and 5 million. This reality changes how policymakers in every sphere can pursue their goals.