The Elephant in the Room: The Soviet Union and India’s Nuclear Program, 1967-1989 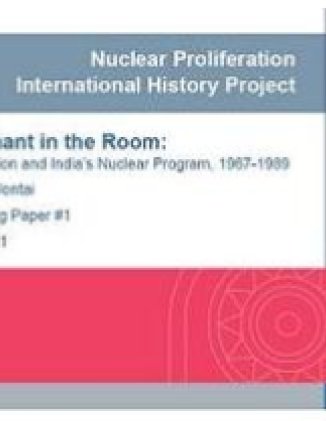 NPIHP Working Paper #1. If India had presented the world with a nuclear fait accompli, the eminent Indian journalist Amalendu Das Gupta mused in 1987, “the Americans and their allies would have been angry; the Russians would have been unhappy." His choice of words succinctly expressed the ambivalent attitude the Soviet leadership had toward India’s nuclear weapon program.

Article
Energy
A Transaction Does Not a Deal Make
By Aaron David Miller on April 7, 2015 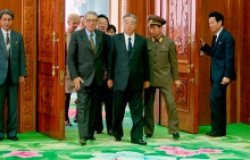 Article
Conflict Resolution and Peacebuilding
From Khamenei, Conditions for a Deal on Iran’s Nuclear Program
By Haleh Esfandiari on February 8, 2015