The Origins of the Northern Limit Line Dispute 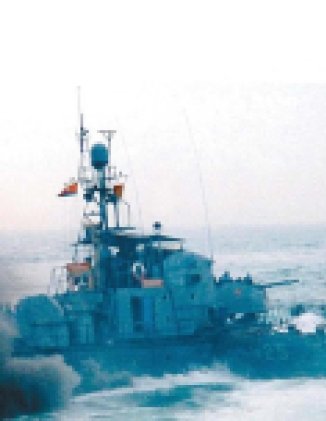 The Origins of the Northern Limit Line Dispute

The Northern Limit Line (NLL) remains one of the most serious flashpoints for conflict on the Korean Peninsula, and this collection of documents helps to shed light on important aspects of the history of this maritime dispute.  The NLL was promulgated on 30 August 1953 by the United Nations Command (UNC), though the precise origins of the line remain murky.  The line was drawn approximately mid-channel between the North Korean coast and five islands, known collectively as the Northwest Islands (NWI) recognized in the armistice as under UNC control.  For two decades, little was said about the NLL, but in October 1973, North Korea began a concerted effort to draw attention to its displeasure with the NLL.[1]  On 1 December 1973 at the 346th Military Armistice Commission (MAC) meeting, North Korean representatives asserted a claim of 12 nautical miles (nm) for their territorial waters, a claim that placed the five NWI in their coastal waters.  Accordingly, Pyongyang maintained South Korean vessels transiting to and from the islands were traveling in North Korean waters and were in violation of the armistice.  Moreover, North Korean representatives implied that the NLL was invalid and that any ships wishing to pass through these North Korean coastal waters would require Pyongyang’s permission.  Failure to do so would result in harsh punishment for any violations.  These claims and further North Korean actions over the next two years elevated tension in the region, raising several serious security and legal issues concerning the NLL.  The documents in this collection span 3 December 1973 to 15 September 1975 and follow in the wake of North Korean demands to invalidate the NLL, with particular emphasis on the U.S. response to these claims.

The issue that may be of most interest in this collection is the glimpse into the thinking of U.S. officials regarding the NLL, the armistice, and North Korean demands to alter the maritime line.  U.S. officials were deeply worried with North Korean claims made during the 346th MAC meeting.  Specifically, officials were concerned about the demand for permission to navigate in waters contiguous to the NWI and the unspecified actions North Korea threatened to take should South Korea and the United States fail to comply.  While determined to refuse North Korean demands, which U.S. officials did not believe were consistent with the armistice, the documents also show caution noting “we do not repeat not wish to see or provoke military incidents over these issues, but at the same time we do not intend to accept interference with established rights under the agreement to these islands” (Document No. 3).  Thus, the primary concern for U.S. officials was upholding the armistice.  However, it was also clear U.S. officials were watchful to avoid entanglement in North-South territorial claims and the dispute over the NLL.  A National Security Council memorandum cautions to “not make a legal defense of the Northern Limit Line … which North Korean naval patrols began penetrating in late October” (Document No. 5).  In addition, a CIA document notes that “a major complication in the dispute is the Northern Limit Line,” and that the NLL “has no legal basis in international law, nor does it conform along some of its length to even minimal provisions regarding the division of territorial waters,” despite South Korean assertions that the line is the de facto maritime boundary between the two Koreas (Document No. 6).

One of the perplexing dimensions of the NLL line is the exact origin of the line.  Most authors note that the line was drawn on 30 August 1953 by the UNC but do not cite a specific document.  The line may have been a military control line that was used during the Korean War to separate enemy combatants and was utilized to keep UNC and ROK vessels from wandering too far north.  The documents in this collection provide some evidence to clarify the origins of the line but it is contradictory.   A CIA report dated January 1974 notes that “no documentation can be found to indicate that the NLL was established prior to 1960” (Document No. 6).  However, another document in the collection dated December 1973 states that the UNC declared the NLL “unilaterally in the mid-1950s,” a notation that appears to narrow the timeframe of the NLL’s inception (Document No. 5).  Though an exact document has been elusive, it is possible that earlier documentation does exist, perhaps referring to the NLL under a different name such as the Northern Patrol Limit Line that provides a more precise date.

The dossier also contains several cables from the Romanian Embassy in Pyongyang to its home office in Bucharest (Document No. 7, Document No. 8, Document No. 9, Document No. 11) Romanian documents are an interesting source as relations between Bucharest and Pyongyang were close throughout most of the Cold War, including a friendship between Kim Il-sung and Romanian leader Nicolae Ceausescu.  However, the collection contains a telegram from a Romanian representative in Pyongyang that indicates some skepticism regarding a DPRK explanation of an incident that occurred on 26 February 1975.  According to this telegram, the North Korean Ministry of Foreign Affairs showed “insufficient preparation … to completely and accurately inform heads of diplomatic missions” during a briefing session (Document No. 13).  Moreover, the North Korean representative was unable to elaborate on details when queried further and required repeated and direct questioning before admitting to certain details that were left out of Pyongyang’s public statements.

Finally, the collection contains the transcript of the 348th Military Armistice Commission meeting on 28 February 1974 (Document No. 10).  The meeting was called to address an incident that occurred along the NLL on 15 February 1974 where the North Korean Navy sank a South Korean fishing boat and captured another.  The transcript is an interesting example of the verbal jousting that occurs on a fairly regular basis in these forums and the differing arguments offered by both sides for the incident.

These documents will be of great interest to those who study the early years of the NLL and U.S. policy regarding this North-South maritime dispute.  U.S. officials were in a difficult position as they attempted, first and foremost, to administer the terms of the armistice while also maintaining South Korean security and being careful to navigate the legalities of the NLL dispute.  The NLL has a habit of leaping into the headlines periodically as crises occur but the dispute has a long, complicated history.  These documents provide important clarification on several important dimensions of this dispute and will be regular fare for future research.

Terence Roehrig has written extensively on Korean/East Asian politics and security and is the author of From Deterrence to Engagement: The U.S. Defense Commitment to South Korea and Korean Dispute over the Northern Limit Line: Security, Economics, or International Law?  He is a professor of National Security Affairs and the Director of the Asia-Pacific Studies Group at the U.S. Naval War College, and a past president of the Association of Korean Political Studies.

Memorandum for Secretary Kissinger from Richard H. Solomon, “The Korean Situation and the China Element"
3 December 1973

Telegram from the American Embassy in Seoul to the Secretary of State, “Yellow Sea Incident between North and South, February 26-27"
27 February 1975

Memorandum for General Scowcroft from W.R. Smyser, “Defense of the Northwest UNC-Controlled Islands in Korea"
24 June 1975