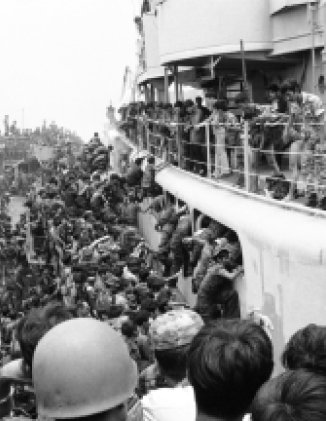 In support of the Cold War International History Project’s efforts to facilitate the release of historical materials from governments on all sides of the Cold War, we have compiled 80 primary source documents dealing with North Vietnam’s decision-making from the signing of the Paris Peace Accords in January 1973 until the end of the war, April 1975. The documents are appended to this Working Paper and accessible on DigitalArchive.org.[1]

Much of this declassified information formed the basis for the book, Black April: The Fall of South Vietnam, 1973-1975.[2] This array of cables, memoranda, and directives provides a fascinating glimpse inside Hanoi’s choice in 1973 to return to war—despite having just signed the Paris Peace Accords. The files deliver insights into how the Politburo of the Vietnamese Workers’ Party, and its major command in the southern half of South Vietnam known as COSVN, viewed the situation after the accords. These documents clarify, to some extent, Hanoi’s decision to resume armed conflict in the south. They further outline Hanoi’s preparations in 1974 for launching a new offensive and the goals the Politburo wished to achieve, as well as the detailed military planning aimed at defeating South Vietnam. In the 1975 time-frame, the documents provide unique insights into how Hanoi’s military commanders managed the campaign that led to the rapid collapse of South Vietnam.

While this collection is voluminous, the author of and translator for this Working Paper did not include every document released by the editors of the volumes cited in the bibliography. We reviewed each document in various Vietnamese Communist publications, but only chose to translate those directly related to the fall of South Vietnam or those which provided information of broader and significant historical interest. Thus, many documents from the volumes of the Van Kien Dang series (a massive collection of nearly 40,000 pages of mostly internal Vietnamese Communist Party documents) were not translated and included in this Working Paper simply because they dealt with mundane party or economic affairs.[3]

Although this set of documents cannot be considered definitive, it does provide one of the most detailed views of Vietnamese Communist decision-making ever unveiled for a specific period. However, the materials included in this study are almost exclusively documentary, as we chose not to incorporate information from the numerous memoirs, battle studies, or unit histories. We did, though, feature some secondary materials from the 1973 time-frame solely to help illuminate the thin documentary record on the Politburo’s decision to resume armed conflict in the South. While these other sources do generally agree on the Politburo’s review and approval process to resume the war, we suspect that the decision was not as smooth or unanimous as the Party portrays, especially after achieving a spectacular military victory in 1975.

Scholars looking to supplement the materials included should also examine five significant translated memoirs by senior Communist military leaders that provide varying levels of insight into Hanoi’s decision-making during this period. The two volumes that provide the best overview of the 1973-1975 period are Chief of the PAVN General Staff Hoang Van Thai’s The Decisive Years (translated by the now defunct Joint Publications Research Service [JPRS]), and later published in English by The Gioi Publishers in Hanoi), and Vo Nguyen Giap’s The General Headquarters. These two books cover the entire period, and are relatively straight-forward in describing the internal developments in Hanoi.[4]

Perhaps the most well-known is Van Tien Dung’s Our Great Spring Victory (translated by John Spragens, Jr.), but Dung’s account begins in the February 1975 time-frame, skipping the crucial lead up to the main offensive.[5] Also well-known but focused mainly on the B-2 Front is Tran Van Tra’s History of the Bulwark B2 Theatre (also translated by JPRS).[6] Lastly, Hoang Minh Thao’s The Victorious Tay Nguyen Campaign concentrated mainly on the preparations and subsequent attack on Ban Me Thuot in March 1975.[7] Thao had served for years as Commander of the B-3 Front, the Central Highlands, but was only an advisor to the campaign staff during the attack on Ban Me Thuot.

A note of caution for scholars using this material. Naturally, the Vietnamese Communists are proud of their victory, but what is included here is what the Party has chosen to release. As such, it is a selection of documents designed to justify the Politburo’s decisions while enhancing its reputation as a wise collective body. Moreover, the analysis within many documents provides a view of the world not just as the Politburo saw it, but more importantly, how it wanted the lower levels of the party and government to see it.

Many documents, therefore, especially in 1973, harp on South Vietnamese violations of the ceasefire while concurrently ignoring or rationalizing North Vietnamese violations. Rarely does one find admissions detailing Communist violations other than as justifications for their actions. For example, shortly before the beginning of the ceasefire, the South Vietnamese military sent a task force along the coast in Quang Tri province and recaptured the small town of Cua Viet. Senior General Vo Nguyen Giap immediately ordered a counterattack after the official ceasefire date to retake Cua Viet. His justification was simple: “Dong Ha was directly threatened. The Truong Son strategic line of transport was in a position to be menaced. The outcome of the 1972 Quang Tri Campaign was seriously compromised.”[14] The PAVN launched a major counterattack and drove the South Vietnamese out of Cua Viet. This assault, while a serious ceasefire violation, was defensible in Giap’s view because Saigon’s seizure of Cua Viet would significantly impede future PAVN resupply efforts to the South. Yet when South Vietnamese forces continued to clear roadblocks on major roads that PAVN forces had cut shortly before the ceasefire (Saigon also could not allow these roadblocks to remain in place, as it would have severely impacted economic activity and freedom of movement), Hanoi protested vehemently. In truth, both sides violated the ceasefire when it suited them, but an individual reading these documents without the underlying historical context might conclude otherwise.

Lastly, the author and translator have made a few slight modifications in formatting to assist the reader, and on occasion, have not translated certain sections of a few documents that were not germane to overall decision-making (excised areas are marked with ellipses). The author has added editorial notes to provide context, chiefly for the 1973 period. Occasional translator’s notes are in brackets. Otherwise, cable numbering, paragraph markings, etc., are precisely as found in the volumes.

To view the document appendix, please click here to be redirected to the collection "North Vietnamese Decision-making, 1973-1975," on DigitalArchive.org, or click here to download the paper and documents as a PDF.

George J. Veith is the author of three books on the Vietnam War, including Code Name Bright Light: The Untold Story of U.S. POW Rescue Efforts during the Vietnam War (1998) and Black April: The Fall of South Vietnam, 1973-1975 (2013).

[1] The documents can be found on DigitalArchive.org in the collection “North Vietnamese Decision-Making, 1973-1975.” 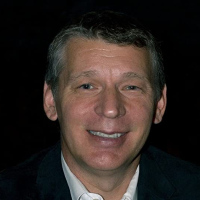