Skip to main content
Support
Explore More
Close
Event
Economics and Globalization
The Russian Far East: Future Opportunities and Challenges to Russia's Window on the Pacific Rim
On Tuesday, October 9, 2012 at 12:00 – 1:00 ET
Share on FacebookShare on TwitterShare via Email
Share
Part of the Meeting Reports
Publication

The Russian Far East: Future Opportunities and Challenges to Russia's Window on the Pacific Rim

“Fears that the [Russian Far East] provinces might detach themselves from the center, that Russia as a whole could break up, and that outside powers could gain a major foothold in the region have played a crucial role in reigniting Russia’s interest in its eastern border provinces,” asserted Rensselaer W. Lee III, Senior Fellow, Foreign Policy Research Institute and former Title VIII-supported Short-Term Scholar, Kennan Institute. During a 9 October 2012 presentation at the Kennan Institute, Lee outlined the challenges the Russian Far East (RFE) currently faces and described what these challenges mean for Russia and the international community.

The developmental troubles of the RFE, which stem in part from the area’s history and location, are not new. The legacy of socio-economic neglect of the RFE by the central government in Moscow dates back to the Soviet era. The RFE, like many regions, was to a great extent abandoned by the struggling central government following the 1991 collapse of the Soviet Union. Moscow’s prolonged inattention to the region has left the RFE provinces “seriously underdeveloped, demographically challenged, and geographically vulnerable,” stated Lee. Yet Moscow has recently begun to focus specifically on revitalizing the RFE, as years of dynamic economic growth and surging global trade in neighboring China have pulled the international community’s attention to developments in the Pacific Rim. This change in the international political and economic climate, especially in light of the RFE’s abundant supplies of natural resources and strategic location in the North Pacific, has brought about a rethinking of Moscow’s policy in Russia’s Far East.

In order to modernize the RFE, noted Lee, the central government is now pushing two main development priorities. First, Moscow seeks to strengthen its “administrative and economic footprint in the RFE” through such measures as increased regional investment and the May 2012 creation of a Ministry for the Development of the Russian Far East. The central government’s second priority is to “strengthen economic links with Russia’s Asia-Pacific neighbors” in an effort to tie Russia’s economy to the dynamic and growing economies of the Pacific region. These priorities are designed to breathe life back into the struggling economies of the RFE.

However, the recent emphasis on strengthening development in the RFE is not only rooted in economics. Lee outlined four additional objectives that shape Moscow’s policy for the region: to reaffirm its sovereign control over the RFE; to send a message to other Asia-Pacific nations that Russia is a serious force in the region; to turn the RFE into a “modern and efficient hub” for promoting exchanges with the Asia-Pacific region; and to halt the outflow of population from the RFE. To achieve these objectives, Lee contended, Moscow will be required to delegate a significant measure of control and authority to regional and local governments. But too much liberalization, Lee suggested, could undermine Moscow’s control of the region and prompt the RFE to come under the influence of other regional actors.

One of these strong regional actors is China, which shares a border with five Russian provinces. Rough estimates show that the population in China’s neighboring Manchurian provinces outnumbers the RFE population by about 16 to 1. China has also become Russia’s largest trading partner, with turnover expected to reach $200 billion by the year 2020. China relies on the eastern provinces of Russia for a steady supply of important raw materials like oil, metals, and timber. Russia, meanwhile, imports food products, clothing, and electronics from its southern neighbor. The RFE has also grown increasingly dependent on a cheap supply of both legal and illegal Chinese immigrant labor.

The RFE’s reliance on China has become a cause of concern for Moscow. If left unchecked, remarked Lee, the RFE’s “isolation from European Russia, proximity to Asia, serious underdevelopment, [and] deepening demographic crisis—combined with China’s relentless quest for reliable sources of raw materials—suggest to some a rather grim outlook: a gradual soft power assimilation  of the RFE into a resource appendage of China’s northeast.” Fears that the RFE could turn into a resource colony to feed Chinese development have spurred Russia’s interest in strengthening its influence in the broader region.

But Russia is not the only nation concerned about China’s increasing dominance in the Asia-Pacific. Lee drew attention to the fact that the United States also has historical and security interests in preventing one nation from dominating this important region. While the United States does not currently have a significant presence in the RFE, Russia’s recent accession to the World Trade Organization has the potential to increase trans-Pacific trade between the U.S. and Russia. Increased Pacific trade with partners other than China would certainly benefit Russia in its quest to lessen its dependence on China overall, and for the RFE in particular.

Other regional powers, most notably Japan and South Korea, have similar interests in balancing China’s growing power. Russia has increasingly turned to Japan in search of economic and technological partnership, despite the recent flaring of longstanding territorial disputes between the two nations. Asia-Pacific collaboration to respond to China’s growing regional influence could take many forms, from the development of natural resources in the RFE to greater cooperation on security issues in Northeast Asia.

What the region needs, concluded Lee, “is not just a U.S.-Russian Pacific partnership, but some sort of regional economic and security arrangement that would ensure international access to the markets and resources of Russia’s Far East while conserving Russia’s real sovereignty over that territory.” Developing and modernizing the RFE cannot be successfully achieved through new Moscow initiatives alone; it requires promoting international integration. Now Russia faces the difficult task of striking a balance between international involvement and national sovereignty while attempting to maintain or expand its influence in the greater Asia-Pacific region. 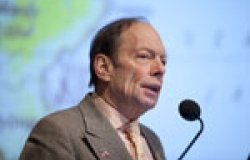