The Soviet-Vietnamese Intelligence Relationship during the Vietnam War 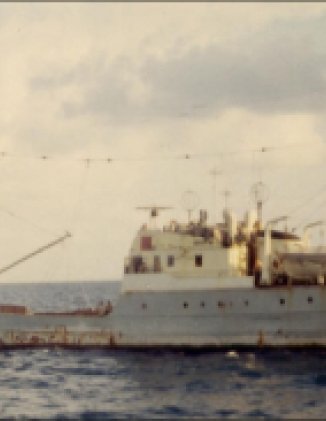 In CWIHP Working Paper No. 73, "The Soviet-Vietnamese Intelligence Relationship during the Vietnam War: Cooperation and Conflict," Merle Pribbenow explores the role played by Soviet Union’s intelligence agencies, namely the KGB and the GRU, in the Vietnam War. Long-held assumptions that the Soviets provided signals intelligence to the Vietnamese have never been positively confirmed, and this paper shows that great conflict between the intelligence organizations of these two nations, whose goals and policies were not always in agreement, existed from the First Indochina War until American withdrawal in 1975.

Merle L. Pribbenow II graduated from the University of Washington in 1968 with a bachelor's degree in political science.  After serving in the CIA for 27 years, he retired in 1995 and is now an independent researcher/author specializing in the Vietnam War. Pribbenow is a longtime partner with the Cold War International History Project and has authored numerous papers with CWIHP including, e-Dossier No. 33 - North Vietnam's "Talk-Fight" Strategy and the 1968 Peace Negotiations with the United States; e-Dossier No. 30 - Treatment of American POWs in North Vietnam; e-Dossier No. 28 - Vietnam Trained Commando Forces in Southeast Asia and Latin America; and Working Paper No. 73 - The Soviet-Vietnamese Intelligence Relationship during the Vietnam War: Cooperation and Conflict.