Water, Conflict, and Cooperation: Lessons From the Nile River Basin (No. 4) 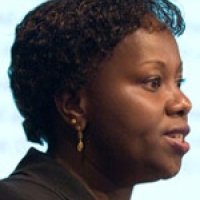 In 1979, Egyptian President Anwar Sadat said: “The only matter that could take Egypt to war again is water.” In 1988 then-Egyptian Foreign Minister Boutros Boutros-Ghali, who later became the United Nations’ Secretary-General, predicted that the next war in the Middle East would be fought over the waters of the Nile, not politics. Rather than accept these frightening predictions, we must examine them within the context of the Nile River basin and the relationships forged among the states that share its waters.

Publication
Conflict Resolution and Peacebuilding
The New Face of Water Conflict (No. 3)
By Ken Conca

Publication
Economics and Globalization
The Challenges of Groundwater in Southern Africa (No. 2)
By Anthony Turton

Publication
Conflict Resolution and Peacebuilding
Water Can Be a Pathway to Peace, Not War (No. 1)
By Aaron Wolf