Iraq’s Digital Future: A Conversation with the Minister of Communications

As part of the Toward Digital Transformation in MENA series, Middle East Program Director Merissa Khurma spoke with Mr. Arkan Ahmad, the Minister of Communications and Technology in Iraq. He has had a long and distinguished career within the ministry, serving a number of different roles for the ministry itself and the public telecommunications company.

In today's Iraq, only 50 percent of the population use the internet. And according to Oxfam, 98 percent of men have access to internet, compared to only 51 of women. Minister Ahmad discussed the ministry's efforts to improve digital infrastructure in Iraq and work with key partners to bridge the divide in Internet access. 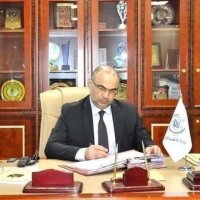 Publication
Science and Technology
Broadening the Conversation around Facial Recognition: Lessons from the Consumer Perspective
By Anne Bowser