WASHINGTON – Ambassador Mark Green, President and CEO of the Woodrow Wilson International Center for Scholars has been appointed by Congressman Michael McCaul, Ranking Member of the House Foreign Affairs Committee, to the advisory board of the People-to-People Partnership for Peace Fund.

“I am thankful to Ranking Member McCaul for appointing me to this important advisory board which aims to build bridges so that Israelis and Palestinians can co-exist in peace. As the former USAID Administrator, I am committed to providing clear-eyed assessments and analysis to achieve demonstrable change on the ground to support peace.”

Ambassador Green served as the 18th USAID Administrator from 2017 – 2020 and joins a group of global advisors and experts on the Middle East region.

The People-to-People Partnership for Peace Fund was established via the bipartisan legislation called the Nita M. Lowey Middle East Partnership for Peace Act (MEPPA) and tasks the US Agency for International Development (USAID) with establishing a program to provide funding for projects to build the foundation for peaceful co-existence between Israelis and Palestinians. 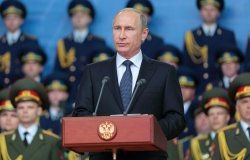 Blog post
Economics and Globalization
The Russian Threat against Ukraine: A Long History and an Uncertain Future
By Stefan Wolff on January 26, 2022 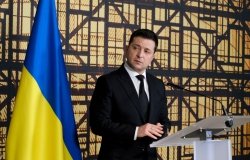