Around (a Part of) the World in Holiday Traditions

The Armenian Apostolic Church, which observes the Orthodox calendar, celebrates the birth of Christ on January 6th. On January 5th, Armenians attend mass for a candlelight Divine Liturgy, after which candles are carried home to illuminate houses with light from the church. This ritual is one of the many Christian traditions that have been revived since the fall of the Soviet Union.

In some Ukrainian households, spiders dangle from Christmas trees like ornaments. The tradition comes from an old folktale, which tells of a widowed mother too poor to decorate her Christmas tree, so benevolent spiderwebs come and spin intricate webs onto the branches.

Nardugan is a 3,200 year old  tradition that celebrates the Winter Solstice–the harbinger of longer days and shorter nights. Its origin story surrounds the tree of life, Akçam.The traditions of ancient Turks included singing, dancing, placing gifts beneath Akçam, and tying ribbons to its branches to thank God Ülgen for the return of the Sun and communicate their wishes to him. While celebrations of Nardugan are not as popular as in ancient times, today’s observations of the Winter Solstice include drinking pomegranate wine and the communion of the millenia before.

The Christmas carp is one of 12 dishes known in Poland as the Wigilia supper, though the carp, usually served breaded and fried or made into an aspic, is the most symbolic. Leading up to this meatless feast, the carp is sometimes left to swim in the bathtub for several days as a form of refrigeration before it is killed, cleaned, soaked in milk, cooked, and finally eaten.

Before it was the New Year Yolka, the fir tree was a symbol of Christmastide and gift-giving since Alexandra Feodorovna, the Prussian wife of Tsar Nicholas I, introduced it to Russia in the 19th century. However, the behemoth tree erected in Moscow’s Red Square is  not for Christmas. Shortly after Russia’s secularization, the Yolka was repurposed as a symbol of the New Year and displayed in public like a coniferous Soviet monument–adorned with a red star for all to take pride in and behold. The New Year is still the central winter celebration in Russian today, even after the reintegration of religion in the 1990s.

In the 17th century, money (gelt) was given to the children of the Polish Jewish community to give to their teachers. The tradition eventually bent to the will of the children who wanted some pocket money. By the 19th century, none of the Hanukkah money went to the teachers, and all to the children. Now, the exact currency of the gelt-giving is left up to the discretion of the parents. Some children receive chocolate coins instead of spendable ones.

On the eve of December 31st, Tovlis Papa emerges from the mountains and delivers gifts to the children of Georgia. In return, children leave out Churchkhela, a sausage-shaped sweet made of walnuts and grape juice.

Rajab, meaning “to respect” in Arabic, is one of four sacred months in Islam, whereby good deeds carry greater goodness and sins greater wrongdoing. On the 27th day of Rajab, both Sunni and Shia Muslims remember Al Isra’ wal Mi’raj, the night the Prophet Muhammad journeyed from Mecca to Jerusalem and then ascended from the Dome of the Rock through the 7 Heavens on a winged steed named Al-Buraq. On this day and throughout the month, many Muslims turn toward Allah through increased prayer and fasting.

Light from the Church 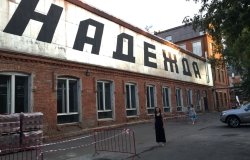