“Blacks, Reds, and Russians:” An Interview with Joy Carew 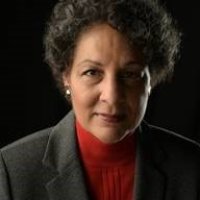 To continue with our Black History Month effort, we recently interviewed Professor Joy Carew of the University of Louisville about her research on the history and experiences of black people in the USSR and Russia.

During February 2020, the Kennan Institute honored Black History Month by sharing research, interviews, and blog posts to amplify the voices and experiences of African Americans, Africans, and black people more broadly within the context of both Soviet history and contemporary US-Russia relations. To continue with this effort, we recently interviewed Professor Joy Carew of the University of Louisville about her research on the history and experiences of black people in the USSR and Russia.

1. What were your motivations for making ties between black people and the USSR/Russia the center of your research?

I am an African American who was born and grew up in Chicago, Illinois. But, I have also been a student of Russian language and culture since my first year in high school in the early 1960s. I attended The Putney School in Vermont. This highly progressive co-ed boarding school placed foreign languages at the front of its instruction and as I was good at languages, I plunged into Russian and later French. Subsequently, I majored in these two languages in college, and did extensive study abroad from spring 1967 to fall 1968. First, in the USSR and then in France. I continued to focus on these areas through my two MA degrees. My first college jobs were teaching Russian and French, and I took my students and a number of professional groups on study tours in the USSR through the 1970s. So, I had amassed a wide range of personal observations.

Later, there were three additional influence streams. My parents had also traveled there in the late 1950s, and their stories intrigued me. My late husband, the Guyanese writer Jan Carew, had been the guest of the Soviet Writers’ Union in the 1960s when they translated his works into Russian – his stories intrigued me. And, in the 1990s, when working on my book Blacks, Reds and Russians, I was teaching at Lincoln University in Pennsylvania, the oldest Historically Black College and University in the US.  Lincoln held a particularly rich trove. There, I met and worked with Eslanda Goode, the Afro-Russian niece of Paul Robeson, who was born and grew up in the USSR – her stories about her parents and others of the 1920s and 1930s intrigued me. Both Langston Hughes (’29) and the future first president of newly-independent Ghana, Kwame Nkrumah (’39), graduated from Lincoln. These various experiences were so different from the more traditional view of US-USSR relations, or of African Americans and other blacks being engaged in a broader global context.

2. How do students respond when you teach them about these ties?

In a word, incredulous. For many, the idea of leaving home, going to a country whose language and culture you do not know, leaving family and friends, trying to make a living not knowing if people will give you the opportunity to show what you can do – this seemed so very difficult. Both, my white and black students --though approaching this from different personal perspectives --were amazed that people would be so brave (or foolish) considering the fact that this was during Jim Crow times and considering that black people were so consistently mistreated and undervalued in the US – how is it that the Russians would do differently? But, they began to see things differently after we got into the stories and I helped them develop a clearer understanding of how stultifying life under the terrorism of Jim Crow and discrimination in the US was. They also began to appreciate the potential of black people in ways they hadn’t before -- that these visitors and expats could have such an impact on the evolving Soviet Russian society.

3. Your book Blacks, Reds, and Russians: Sojourners in search of the Soviet Promise focuses on the lives of African Americans who went to the USSR in the 1920s and 30s in search of a more egalitarian society. In your opinion, how does understanding these experiences enhance traditional historical narratives on the USSR?

I had two objectives: 1) to provide a more nuanced picture of the Soviet Experiment and its appeal not only to African Americans, but also to other oppressed people around the world; and 2) to provide a more nuanced picture of African Americans as agents of their own destiny. The Soviet Experiment (or promise, as I called) had a very strong appeal for people struggling for dignity and opportunity. Here was a society that spoke out against the oppression of people elsewhere in the world. One which promised to distribute its resources more fairly; that guaranteed each citizen a job, housing, healthcare, free education; and would welcome people of good will to contribute their talents to helping building this new type of society. There was a kind of symbiosis – the Russians needed the skills these black visitors and expats brought; and the opportunities provided to the people I discuss in the book would have been unheard of in the US. Though skilled and college-trained, most had little prospect of working at other than menial or service jobs in the US. And, this was doubly problematic during the Depression years. The cross-racial models of solidarity developed in that 1920-1930s period greatly influenced attitudes and actions of the leaders of newly-independent African and Third World nations in the post-WWII era.

4. Your book draws on the autobiographies of famous black male writers Langston Hughes, W.E.B. Dubois, and Claude McKay. For those among our audience who may not have read your work, how would the experience of black women in the USSR have differed from those of black men?

The  book does not go into great detail about the lives of the women who went because we have little written records of their experiences. While I had names of many of them, in most cases, I could only draw upon references to them or materials quoted elsewhere. For instance, at the time of writing the book, I did not have access to the Louise Thompson Patterson papers, which are now housed at the Emory University, Stuart A. Rose Manuscript, Archives, and Rare Book Library in Atlanta, Georgia. Ms. Patterson was integral to the formation of the Black and White Film Group that included Hughes in 1932. Another interesting source would have been archival papers of the writer Dorothy West, who also traveled with the group, but, I have no records of these materials. Nonetheless, there are sections in the book which discuss Ms. Patterson’s role in pulling the group together, and then some of her reactions to actually being in the USSR. We see her intention to never leave the USSR, which speaks to her fascination with the Soviet Experiment model and to the warm receptions she received. (But, Louise Patterson was forced to return to the US to look after her mother.)

5. You have traveled extensively throughout the former USSR. Through your personal observations, have you noticed any trends in attitudes towards race in these countries? Has the original Soviet vision of a ‘brotherhood of peoples’ left its mark?

I first went to the USSR as a student in 1967, then returned a number of times through the 1970s in a professional status. After the collapse of the Soviet Union, I returned to post-Soviet Russia three times: in 2004, 2009 and 2015. I visited major locations in the European section (Moscow, Novgorod, Kiev, Volgograd, Leningrad (now St. Petersburg), and then also spent time in Yalta on the Black Sea, Perm at the foot of the Urals mountains,  and Vladivostok in the far East. The responses of the many people I met were overwhelmingly warm. This was no doubt largely because of the people-to-people exchange models in which like-minded people were participating. On the streets and in interchange with vendors and others, I did not notice dramatic differences in interpersonal relations – though the availability of items was much greater in the later period. And, the growing signs of economic disparity between the haves and have-nots were striking.

Moving around under the auspices of the official tourist agency, Intourist, in the 1960s and 1970s (Soviet era) was also different than in the post-Soviet period of the 2000s. In the latter period, one could move around more freely, and I greatly enjoyed my stay with a Russian family in the suburbs. But, also, being aware of the accounts of the rise of violence directed to people of color in the post-Soviet era, meant that I was much more cautious of my surroundings in this latter period. In the 1960s and 1970s, there was such a sense of global solidarity. Students were welcomed and being invited from African nations and other developing countries. I also met several young diplomats from these new countries who were so enthusiastic about these new relations. This was so different to the 2000s with foreigners being targeted as the source of the rising economic woes and social pressures.

Today, with the rise of xenophobia across Europe, it is concerning that the goals and achievements of earlier periods are being overshadowed by contemporary scenes of intolerance. Yet, the fact that young people continue to go to study in Russia may indicate that there is still some level of global connectedness that stems from the earlier periods of solidarity.

The old Cold War may have ended, but the fight over hearts and minds by the US and Russia continues. In various ways, this “war” was a useful tool for struggling people. African Americans were able to use interest in the Soviet experiment to push the US government to improve conditions for black people in the US during the Eisenhower, Kennedy and Johnson periods. African leaders were able to push the Soviets to help with infrastructure and other projects with the threat of turning to the US. The scholarships issued to thousands of African and other students to study in the USSR/Russia has been part of this response. The Soviet Union/Russia has been a central counterpoint to the US and signs of those tensions continue to the present. Today, too, as African and other peoples of color continue to seek ways to develop their intellectual, professional and economic infrastructure, it is not only Russia, but also China has stepped up as a new partner. No doubt some of the earlier Cold War dynamics are still in play.