A major study published today in Nature Nanotechnology suggests some forms of carbon nanotubes could be as harmful as asbestos if inhaled in sufficient quantities. The study used established methods to see if specific types of nanotubes have the potential to cause mesothelioma &#8212; a cancer of the lung lining that can take 30-40 years to appear following exposure. FULL STORY

Visit the Project On Emerging Nanotechnologies Official Site for the full story and video.

Washington, DC — A major study published today in Nature Nanotechnology suggests some forms of carbon nanotubes – a poster child for the "nanotechnology revolution" – could be as harmful as asbestos if inhaled in sufficient quantities.

The study used established methods to see if specific types of nanotubes have the potential to cause mesothelioma — a cancer of the lung lining that can take 30-40 years to appear following exposure. The results show that long, thin multi-walled carbon nanotubes that look like asbestos fibers, behave like asbestos fibers.

Discovered nearly 20 years ago, carbon nanotubes have been described as the wonder material of the 21st Century. Light as plastic and stronger that steel, they are being developed for use in new drugs, energy-efficient batteries and futuristic electronics. But since their discovery, questions have been raised about whether some of these nanoscale materials may cause harm and undermine a nascent market for all types of carbon nanotubes, including multi- and single-walled carbon nanotubes. Leading forecasting firms say sales of all nanotubes could reach $2 billion annually within the next four to seven years, according to an article in the U.S. publication Chemical & Engineering News. 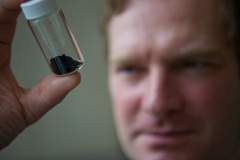 "This study is exactly the kind of strategic, highly focused research needed to ensure the safe and responsible development of nanotechnology," says Andrew Maynard, Chief Science Advisor to the Project on Emerging Nanotechnologies and a co-author on the paper. "It looks at a specific nanoscale material expected to have widespread commercial applications and asks specific questions about a specific health hazard. Even though scientists have been raising concerns about the safety of long, thin carbon nanotubes for over a decade, none of the research needs in the current U.S. federal nanotechnology environment, health and safety risk research strategy address this question."

Widespread exposure to asbestos has been described as the worst occupational health disaster in U.S. history and the cost of asbestos-related disease is expected to exceed $200 billion, according to major U.S. think tank RAND Corporation.

Anthony Seaton, MD, a co-author on the paper and a professor emeritus at the University of Aberdeen in the United Kingdom, says, "The toll of asbestos-related cancer, first noticed in the 1950s and 1960s, is likely to continue for several more decades even though usage reduced rapidly some 25 years ago. While there are reasons to suppose that nanotubes can be used safely, this will depend on appropriate steps being taken to prevent them from being inhaled in the places they are manufactured, used and ultimately disposed of. Such steps should be based on research into exposure and risk prevention, leading to regulation of their use. Following this study, the results of which were foreseen by the Royal Society in the U.K. in 2004, we can no longer delay investing in such research."

Researchers, led by Professor Kenneth Donaldson at the University of Edinburgh in the United Kingdom, examined the potential for long and short carbon nanotubes, long and short asbestos fibers, and carbon black to cause pathological responses known to be precursors of mesothelioma. Material was injected into the abdominal cavity of mice — a sensitive predictor of long fiber response in the lung lining.

Asbestos fibers are harmful because they are thin enough to penetrate deep into the lungs, but sufficiently long to confound the lungs' built-in clearance mechanisms for getting rid of particles.

Donaldson stresses there are still pieces of the puzzle to fill in. "We still don't know whether carbon nanotubes will become airborne and be inhaled, or whether, if they do reach the lungs, they can work their way to the sensitive outer lining. But if they do get there in sufficient quantity, there is a chance that some people will develop cancer—perhaps decades after breathing the stuff," states Donaldson.

There is a silver lining to this research. According to Donaldson, "Short or curly carbon nanotubes did not behave like asbestos, and by knowing the possible dangers of long, thin carbon nanotubes, we can work to control them. It's a good news story, not a bad one. It shows that carbon nanotubes and their products could be made to be safe."

But Donaldson added that the present study only tested for fiber-like behavior and did not exonerate carbon nanotubes from damaging the lungs in other ways. "More research is still needed if we are to understand how to use these materials as safely as possible," he notes.

Carbon nanotubes are atom-thick sheets of graphite formed into cylinders. They may be formed from a single layer of graphite or they may consist of multiple concentric layers of graphite, resulting in multi-walled carbon nanotubes. While the diameter of a nanotube can vary from a few nanometers up to tens of nanometers, they can be hundreds or even thousands of nanometers long. Carbon nanotubes come in many forms, with different shapes, different atomic arrangements, and varying amounts and types of added chemicals—all of which affect their properties and might influence their impact on human health and the environment.

"This is a wakeup call for nanotechnology in general and carbon nanotubes in particular," says Maynard. "As a society, we cannot afford not to exploit this incredible material, but neither can we afford to get it wrong—as we did with asbestos."

A PDF of the paper can be found on the journal's website: www.nature.com/nnano 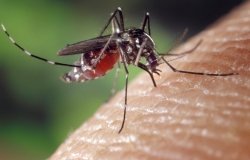 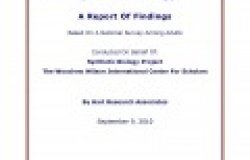 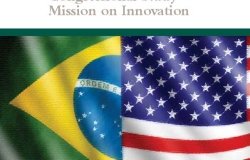 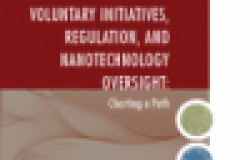 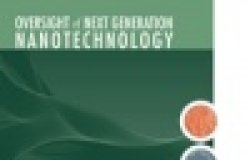 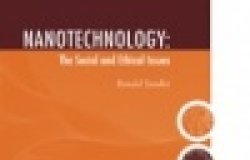