Choke Point: Waiting for a Shale Breakthrough in China

Shale gas development promises to help resolve the confrontation between rising demand for energy and declining freshwater reserves, along with other potentially huge benefits, not the least of which is to the environment. But of all the big national projects that China has taken on in the last two decades, adding unconventional domestic sources of natural gas to the fuel supply has eluded China.

Choke Point: China is an on-going Circle of Blue-China Environment Forum series. Through frontline reporting, the project finds new and powerful evidence of a ruinous confrontation between water, food, and energy that is visible across China and is virtually certain to grow more dire over the next decade.  Choke Point: China is part of Global Choke Point, which is uncovering new data and strategic narratives about water, food, and energy in the world's most vulnerable regions.

XINCHANGZHEN, China — Liu Zhongqi’s mud-and-brick home sits in a cluster of hillside houses in the village of Lao Chang, a serene half-circle of settlement on the west side of this misty Sichuan Province valley.

A few steps away is a flooded paddy, about half the size of an American front lawn, where Liu raises rice. Next to that is a slightly larger and deeper pond where he produces fish. And just beyond Liu’s fishpond is something very new here and potentially momentous: Wei-201H3, one of China’s first horizontally drilled and hydro-fracked deep shale natural gas wells.

The completion of Wei-201H3 in January 2012 — and the earlier development of two other deep shale wells, drilled within a half-kilometer of Liu’s home — introduced more than the sounds of diesel engines and other industrial dissonance to Lao Chang. The new wells, residents told Circle of Blue, have wrecked the pastoral iconography of this valley, a place where repetition and water weave together a centuries-old rural mosaic of green fields and dark ponds.

The goal here in Sichuan — and in half a dozen other energy-rich Chinese provinces — is two-fold:

“We’re just starting to understand what we need to develop shale gas,” said Zhang Mi, chairman and president of the Hong Hua Group, a manufacturer of drilling rigs based in Chengdu, a city of 14 million residents about 140 kilometers (90 miles) north of Lao Chang. “Exploration is in the experimental stage. From my perspective, Sichuan is China’s Texas for shale gas development.”

But many of Sichuan’s field engineers, analysts, industry executives, and resource managers say there is convincing evidence that China’s shale gas industry is developing at a much slower rate than either Chinese or American leadership had anticipated — in other words, it is hard to see how China expects to even come close to meeting its 2015 production goal. China’s shale gas sector is buffeted by uncertainty about the quality of its shale reserves, concerns about scarce freshwater supplies, competition from other energy sources, the potential safety threats posed by a byproduct poison gas, and emerging civic distrust.

As a result, shale gas development has yet to move any faster than a very slow crawl. 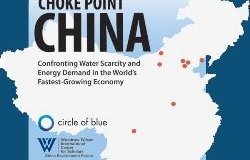