This past week, Christian Ostermann, director of the History and Public Policy Program at the Wilson Center, received the 2022 Richard W. Leopold Prize for his book Between Containment and Rollback: The United States and the Cold War in Germany (Stanford UP, 2021). Ostermann’s book was awarded by the Organization of American Historians under the category of "best book on foreign policy, military affairs, and historical activities of the federal government."

Between Containment and Rollback portrays a reframed perspective on the post-World War II division of Germany. Ostermann brings to light the assumptions, ambition, and fear that drove important foreign policy decisions in the attempt to reconstruct Germany. He examines the impact of U.S. covert operations and psychological warfare in Eastern Germany and how this continues to impact foreign policy today. Ostermann brilliantly encompasses this part of American history in a way that strongly appeals to readers all over the world.

Christian Ostermann is a historian of contemporary U.S. foreign policy and Germany who seeks to bring historical context to public policy issues. He is the author of various articles that have been internationally recognized. One of them includes his 1996 article on the 1953 German Uprising, which was awarded the German Studies Association’s Best Article Prize. His work at the Wilson Center includes the Cold War International History Project, the North Korea Documentation Project, and the Nuclear Proliferation International History Project. Ostermann envisioned and established the program’s award-winning Digital Archive—International History Declassified, winner of the American Historical Association’s Roy Rosenzweig Prize. 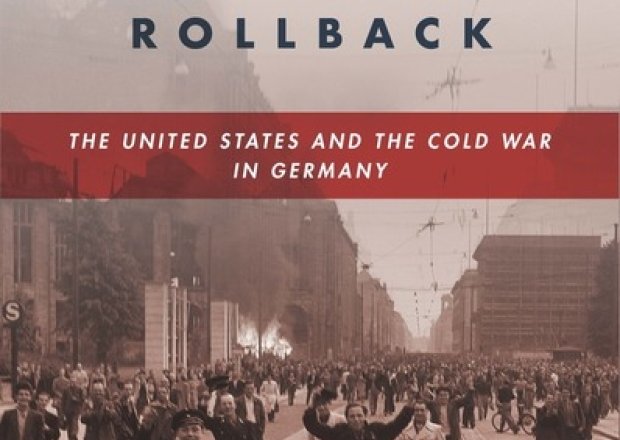 Between Containment and Rollback: The United States and the Cold War in Germany

Based on recently declassified documents from American, Russian, and German archives, this book demonstrates that U.S. efforts from 1945 to 1953 went beyond building a prosperous democracy in western Germany and "containing" Soviet-Communist power to the east.