Collective Action in an Autocracy: An Expert Commentary by Grigory Yudin

We recently conducted a series of interviews with Russian lawyers, journalists, and other experts on new additions to the foreign agents law in the country. This series is part of a collaboration between the Kennan Institute and the Friedrich Naumann Foundation for Freedom. All interviews were conducted by Kennan Institute Senior Advisor Sergey Parkhomenko. The following is a translation from Russian.

Grigory Yudin is a Professor of Political Philosophy at the Moscow School of Social and Economic Sciences.

Read the interview in Russian HERE.

Q: Individuals declared foreign agents feel pushed uncomfortably close to the Soviet concept of the “enemy of the people.” Judging by the public opinion polls, is there a legislative line the crossing of which would generate unpleasant associations in the minds of citizens who are loyal to the authorities, invoking for them, just as it has already for those dubbed “foreign agents,” similarities with totalitarian Soviet times in general or Stalinism in particular? Or is any tightening of the rules going to be supported by the loyal part of Russian society anyway?

A: This is an old question about a tipping point. It is understandable, but incorrectly framed. It stems from an assumption that human behavior is predetermined by convictions and that when repressions escalate, people change their convictions and start to act (put up resistance). This theory is off the mark: behavior determines convictions, not vice versa. That is, when there are many opportunities for efficient collective action, then the threshold for action is very low. And if there are no such opportunities, then it can be however high. Roughly speaking, how bad does the weather need to become for you to finally snap and try to storm the skies? The answer is that it cannot become that bad, because you are convinced that nothing can be done about the weather anyway. Strong repressions create exactly the same feeling, as this is their point. The situation where I feel a strong moral obligation to change the state of affairs but do not know how to do it is psychologically unbearable, so we try to avoid defining the situation in these terms out of self-preservation.

The analogy with the USSR under Stalin is also misleading. It inspires fear, and fear is not conducive to good analysis. This analogy confuses two very different things—repressions and totalitarianism. Repressions and totalitarianism do not necessarily go hand in hand. A closer analogy to our case would be repressions in Pinochet’s Chile. That regime was not totalitarian, but it imprisoned and shot those whom it deemed dangerous to itself. You can do whatever you want as long as you are not a danger to the regime. No one is controlling your consciousness or your consumption. The true disaster is that such authoritarian regimes are capable of suppressing any collective action and, relying on an aggressive minority, they can unleash the terror on behalf of the entire nation or state. In Russia, we see a gradual decline in the democratic legitimacy of the leader. He is wary that a noticeably growing share of discontented people will start uniting and acting against him. These are younger and more active individuals, and the polls indicate that their numbers are not small anymore. This brings the leader to the thought that until it is too late, he needs to suppress the growing share of the discontented and intimidate the undecided in order to force them to abandon the idea of collective action. Wait a little more and it will be difficult to announce these repressions on behalf of the nation. We have Lukashenko’s case in front of us as an example.

However, repressions can slide into totalitarianism if the tyrant decides that the regime is not in danger, as long as all citizens think alike. A well-known example is Italy in 1924–1925. Judging by the Russian trends we have observed over the past few years, not only we do not have a widespread readiness for totalitarianism but, on the contrary, the diversity of lifestyles is gaining momentum, and so is the tolerance for such diversity. The trouble is that a totalitarian turn may not even need the enthusiasm of the masses. It may be enough to usurp all government bodies and the main information channels, provided there is no organized resistance.

As far as I understand it, your question concerns possible action strategies for those who feel under attack. The general recipe is simple: Do not end up alone. Instead, unite and take part in group initiatives, even if sometimes it is not clear why you would need them. Such joint initiatives generate social capital, which will help you defend yourself. 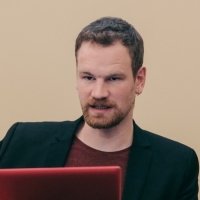