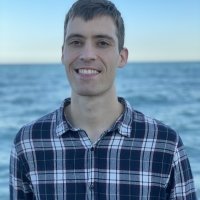 I am USA citizen born in Marseille, France to a German-Dutch harpsichordist and a Mexican composer. Going back three generations (at least), every member of my direct family lineage was born in a different country, spanning present-day Austria, Belarus, Germany, Mexico, the Netherlands, Poland, Russia, and Ukraine. Throughout my childhood, we moved from one city to the next across France, Mexico, and the USA. At the same time, each of my parents and grandparents contrived to communicate with me in their respective native tongues, which naturally led to some confusion and frustration on my part. Throughout this kaleidoscopic upbringing, an anchoring thread was soccer. This was not only a passion, but also a gateway to new communities and to a sense of belonging.

I pursued my academic study and athletic training in Europe, Russia, and the USA. I completed my BA and MA in political and regional studies in the US and Russia, respectively. In Moscow, I interned at the Russian history department of the Institute of Scientific Information on Social Sciences of the Russian Academy of Sciences (INION RAN). At University of Wisconsin-Madison, my doctoral coursework and preliminary examination fields include the history of sport, the USSR, Europe in the 19th-20th century, and Imperial Russia. I am also an avid linguist and have pursued my language instruction at specialized institutions in several locations. Lastly, I have played soccer at the semi-professional level and thus I am intimately conversant with the sport’s technical side.

The vast number of specialists and sources found here in DC is what brought me to the Wilson Center. My research in DC will contribute to my PhD dissertation on history of the Soviet national soccer team.

At the Wilson Center I am reading and analyzing materials for my dissertation project. My project traces the history of the national Soviet soccer team from its preparations for its first official international competition, the 1952 Olympics, to its disintegration in the early 1990s. My aim is to elucidate the interplay of national, and supranational allegiances within the Soviet team to examine the politics of representation in the Soviet Union. My command of nine languages will enable me to compare primary sources, scholarly literature, and oral accounts within a larger international context than has been represented in previous studies of Soviet sport. Thus, my dissertation will illuminate how the narrative of Soviet sports history intersects with the kaleidoscope of competing narratives from nation-states and global sport governing institutions to form a mosaic of transnational sports history.

My questions will probe the internal and external dynamics of the team. Why were certain regions and republics represented in the national team at the expense of others and how did this regional representation change over time? What do such shifts reveal in turn about the state’s evolving priorities? How did performance on the field reflect, deflect, and affect the political landscape? What was the significance of “representing the country” in international competition in light of the centrifugal forces that pushed the USSR to disintegrate? How did the USSR respond to demands from international sport institutions and how did the Soviet government doctor the team’s image for international audiences? Each chapter of my dissertation will focus on selected phases in the evolution of the team. These phases include the supremacy of Moscow-based players in the national team, the “Ukrainization” of the team, the renewed ethnic rivalry surrounding the team at the end of the Gorbachev era, and the transitional Commonwealth of Independent States (CIS) team of the early 1990s.

My enthrallment with soccer meant that the sport found its way into all aspects of my life. In school, I wrote about its history, economics, politics and even about its place in literary fiction. However, the realization that I could explore my own questions concerning mixed identities through soccer came from an unexpected source: the musicological work First Nights, by Thomas Kelly. Thomas Kelly’s book brought together music and sport for the first time in my life with the unexpected result that I saw a clear career path in the study of history. In First Nights, Kelly examines broader cultural and political life through the musical premiers of five iconic works in the Western canon. I was struck by how his well-chosen and riveting specific events opened large vistas to culture and politics. It dawned on me that soccer matches could be even more powerful windows into a wider society: the sport touches on myriad intersections of localism, nationalism, class, politics, languages, and culture. Consequently, I decided to pursue doctoral studies at the University of Wisconsin-Madison, focusing on the history of international soccer. The fractured cultural and political landscape of the sport offers a perfect opportunity to put my idea into practice and to combine my disparate skills. With the help of my languages, I can weave together my expertise in soccer, my education in political science, and my fascination with history to build a powerful “mental soccer team” to tackle the challenge of this project.

I selected the Soviet Union as my “team” for this undertaking because I found the incredibly strong connection between sports and politics to be utterly fascinating. I wanted to find out more about the political nature of soccer in the USSR, which featured a complex representation of geographical regions, governmental organizations, industry, politicians, and sports administrators vying for power and influence. For example, the secret police ran numerous Dynamo teams. The railway ministry funded the Lokomotiv teams, the air force had VVS Moscow, and the AMO automotive plant owned Torpedo Moscow. The fallout of the USSR team’s disappointing performance at the 1952 Olympic soccer tournament illustrates the volatile nature of soccer politics in the Soviet Union. The army’s Moscow club team, TsDKA, provided the backbone of the 1952 Olympic team, which lost against a talented Yugoslavia. This defeat to Stalin’s sworn enemy, Tito, so angered the Soviet leadership that the Politburo pressured the Committee for Physical Culture and Sports under the Council of Ministers of the USSR to blame the TsDKA team for the humiliation and consequently published Order 793. This order disbanded the TsDKA team and even went so far as to expunge its existence from official records. TsDKA were the reigning Soviet champions when the league restarted after the Olympics debacle, but after 3 rounds all games involving TsDKA failed to occur and fans were left guessing on whether the players had been sent on vacation to the Gulags of Siberia. These kind of bizarre yet tragic stories piqued my curiosity and continue to intrigue me to the present day.

Soccer has long stood as the most global of cultural traditions. The game’s simplicity empowers people from all walks of life to communicate and relate to one another. This simplicity fosters a high degree of spontaneity, individual expression, and creativity within an abstract “communal” framework (i.e. teams, rules of engagement, officiating body, and common purpose against an adversary) despite the load of real-life identities. In this way, the sport offers a safe platform on which to experience emotional connection, narrative drama, and a sense of purpose among “equalized” individuals. In my view, soccer is an ideal point of departure that facilitates larger dialogues about culture and society in a wider audience.

At a time when tensions between Russia and the USA have debilitated conventional diplomatic channels, alternative channels of communication are increasingly important. In this regard, sport history offers useful lessons. Sporting events of various kinds enabled some of the most successful avenues for soft diplomacy during the Cold War (i.e. “Ping-Pong Diplomacy”). What we can learn is eminently relevant to contemporary times, when tensions simmering between Russia and the USA are eerily reminiscent of the Cold War years. Soccer, the most popular sport in Russia, has been a particularly sensitive thermometer of political/societal tensions between Russia and other countries. During the USSR era, the highly successful and innovative sport program was the pride of the people and government, with politics and politicians highly involved. The hosting of the latest soccer World Cup in 2018 and the Sochi Olympics reveal how strongly the Russian government still values sports as a vehicle for displaying Russian grandeur to the world. Sport can easily communicate ideals, offer an international stage to showcase power and competence, as well as stoke national unification. I hope that my project will help advocate for increased attention to the importance of sport in public affairs and policy, as well as an easily accessible starting point from which to better understand the today’s new political climate.

Over the past two years, I have succeeded in identifying the sources I need by examining Russian and Ukrainian archival catalogs online as well as consulting a variety of sport scholars in Europe, North America, Georgia, and Russia. Many pertinent sources are scattered in Ukraine and Russia, but the war in Ukraine has rendered these locations inaccessible and severely hampered my ability to find printed materials and conduct interviews. However, in the summer of 2022 I managed to fill most of these gaps through my research at the Library of Congress, the Hoover Institute, the LA84 Foundation’s Sports Library, and the libraries at Stanford University, University of Illinois Urbana-Champaign, and the University of Wisconsin-Madison. Through these findings and those at the New York Public Library, which I will visit in December, I hope to compensate for the loss of Russian and Ukrainian-based sources.

Furthermore, I plan to make up for the lack of Russian and Ukrainian sources by visiting two countries. In the first part of 2023, I will be hosted by the University of Lausanne, in Switzerland, in order to conduct research at the 4 most important organizations for international soccer: the Fédération Internationale de Football Association's (FIFA), the Union of European Football Associations (UEFA), the International Olympic Committee (IOC), and the Court of Arbitration for Sport (CAS). The focus of my study there will be the Soviet Union’s correspondence, to better understand its relationship with these governing bodies and how these organizations influenced Soviet soccer. I will then travel to Tbilisi, Georgia, to conduct archival research and interviews. Ketevan Kipiani, head of women’s soccer at the Georgian Football Federation (GFF) and niece of David Kipiani (arguably Georgia’s finest soccer player ever), and David Mujiri, General Secretary of the GFF, have kindly secured a letter of affiliation from the Georgian Football Federation. I have also started Georgian language classes, which will hopefully help me research the Soviet Union’s third strongest soccer republic.

The great David Goldblatt once wrote that no history of the 20th and 21st century is feasible without soccer. I hope that my research will give further credence to that statement and will be enjoyed by both the wider public and scholars alike.