Bangladesh's government has chosen a path that clearly will lead to taking over the pioneering microfinance bank, just as its founder, Nobel Prize winner Muhammed Yunus, feared. In this op-ed, Senior Scholar and former Ambassador to Bangladesh William Milam describes the motivations of Prime Minister Hasina’s government to bring the bank down and laments that due to Western inaction, it may now be too late to reverse course.

For the past 18 months in Bangladesh, the specter of a government takeover has haunted Grameen Bank and its founder, Nobel Prize winner Muhammed Yunus. Many thought Mr. Yunus was imagining the threat, but this month the Awami League government of Sheikh Hasina finally showed its hand. Her cabinet decided to push the microfinance lender's elected board of trustees aside and give power to the government-appointed chairman to name a selection committee that will soon find a new managing director.

The decision marks a new turn in a campaign to vilify Mr. Yunus, which began last year when the government removed him from his long-time role as managing director. Then it ginned up a controversy that micro lenders were "loan sharks," when the opposite is true: These banks give poor borrowers an alternative to usurious moneylenders.

This time, the cabinet impugned Mr. Yunus's honesty by asking questions about whether he followed bank rules on tapping the bank's credit facilities when he was managing director. It also alleges that he wrongly received tax exemptions on his foreign earnings. Last week, it opened a tax investigation.

Grameen Bank is important because it established the microfinance model--banks that provide unsecured loans for poor women for investing in income earning projects. It has been copied throughout the world and inspired the phenomenal growth of micro finance. In 2006, both the Bank and Yunus were awarded the Nobel Peace Prize for, as the Nobel committee put it, "their efforts to create economic and social development from below." By giving the poor the ability to help themselves, it undermines the culture of dependency on the government that ties the poor to Bangladesh's political parties.

In May 2011, I visited Dhaka and talked at length with Mr. Yunus, whom I have known since the early 1990s. He had been under attack by the Awami League government for some time. Even after he was removed from his position, he sought to ensure that the bank board could still elect his successor without political interference. It now seems all but certain that the bank he led to international renown will come under new management.

Many Bangladeshis I respect told me then, and still think today, that the Awami League is out to get Mr. Yunus by any means possible. The politicians believe, wrongly, that he is a long-term threat to their interests.
Many suspect that the root of the problem is that, when Bangladesh was under a military caretaker government in 2007, Mr. Yunus's name was briefly put forward in 2007 as a possible leader of a "third force" to replace the two dysfunctional major political parties led by Ms. Hasina and Khaleda Zia. Their personal animosity has made progress impossible. He never volunteered this idea, but he didn't reject it at first either. Nevertheless, this third party never took off.

In addition, most Bangladeshis say that Grameen Bank now provides low-hanging fruit for what is perceived as a corrupt government. Officials can loot the bank's substantial assets at will now. They can also tap its customer base of women borrowers and turn them into a serious vote bank by promises of loan reductions or write-offs.

World leaders need to take note of these perverse motivations in Dhaka and condemn them, but they aren't doing so. I came back to Washington after my 2011 visit feeling great foreboding about Grameen's future. The South and Central Asian Bureau of the U.S. State Department, however, did not share my concerns when I met with its officials. Their reaction was tepid then. Now, more than a year later with news of the cabinet's decision, I am told they are "working on it."

For all the laurels Mr. Yunus has received from the West, his strategy to protect the bank he founded didn't work, partly because Western governments failed him. In the 15 months since the attack on Grameen began, the U.S. and others have let themselves be distracted by other business and lulled into complacency by Ms. Hasina's waiting game.

Now it may be too late to save the bank. The U.S. is playing catch-up on an issue on which it had an early warning. By this time, Prime Minister Hasina is not inclined to listen to other governments and back off her determined course. I am sure it will take more than words to deflect it. The U.S. and European governments will have to threaten to cut off bilateral assistance programs and other aid through multilateral institutions like the World Bank.

Getting donors on the same page at such a late date will be a real uphill battle, and given all the other pressing issues in South Asia is a long shot. It is thus with a heavy heart that we must prepare for the disappearance of the pioneer of microfinance and the marginalization of its visionary founder.
Mr. Milam is a former U.S. ambassador to Bangladesh and a senior scholar at the Woodrow Wilson International Center for Scholars. 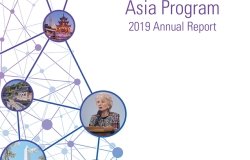