Elections 2018: Mexico's Governability is at Stake 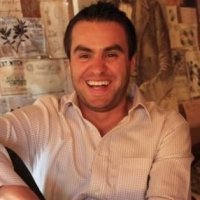 Every election year introduces frictions into the Mexican political system that if not resolved appropriately complicate the country’s governability. The perception of voter fraud prevalent in Mexican elections has created an environment of distrust among the various political parties and their supporters. To try and counteract this situation, during the last four administrations, Congress has approved electoral reforms with the intention of shielding the election process, but with each successive bill approved, new regulations have been put in place that have substantially increased the cost of elections.

September 8, 2017 marked the official beginning of the 2018 Mexican election cycle. A total of 30 states (out of 32) have some type of election, making this a very important year in Mexican politics. With this in mind, one can anticipate that every policy the government implements (or attempts to implement), every bill any political party presents in Congress, and every public appearance will be under heavy scrutiny by rival parties and the media, seeking mistakes that may further the cause of some political party. In other words, the high probability of a contested election makes every decision made by politicians a potentially relevant one in terms of swaying the election in one way or another.
​
During this process, the almost 88 million voters in Mexico will be able to elect a total of 3,416 government positions, where 2,787 are local positions and another 629 are federal-level positions. On July 1, 2018, Mexicans will vote for a new President, as well as 128 Senators (the entire upper chamber is renewed in Mexico every six years), 500 Federal Deputies (the entire lower house is renewed in Mexico every three years), 9 Governors (Chiapas, Guanajuato, Jalisco, Morelos, Puebla, Tabasco, Veracruz, Yucatan, and the Mayor of Mexico City,[1] a position considered to be the same level as Governor), 982 local deputies in 27 state congresses, 1,612 mayors in 25 states, and 184 diverse local positions. This many electoral races incentivize parties to politicize everything, making gridlock in Congress—on multiple issues—a likely possibility. The following paragraphs are an example of how these electoral tensions can affect the country’s governability.

Every year on August 31st, Congress renews its sessions having to discuss the next year’s budget in the first weeks of September. In order to do so, each Chamber of Congress has to formally install its Directive Board (Mesa Directiva). A qualified majority of two-thirds of the total seats are needed to approve the different leadership positions. Last week, this created a stalemate situation in which both chambers could not begin their ordinary period of sessions because the PRI and its allies –the PVEM (Green Party), PANAL (Teachers’ Union Party), and the PES –did not have the necessary votes required. The PRI had negotiated giving the presidency of the Directive Board of the Senate to a PAN member—while keeping the presidency of the Chamber of Deputies’ Directive Board—so long as the PAN voted in favor of installing the boards. However, there was a caveat. The PRI had offered this to the PAN but only preapproved a handful of PAN members for the Senate’s position. The PAN’s leadership wanted other members[2] and that created a gridlock. Nevertheless, the PRI pulled off an unexpected maneuver capitalizing on the PAN’s internal divisions. Five PAN Senators who identify with former President Felipe Calderon (and who presumably support potential PAN presidential candidates other than party president Ricardo Anaya) sided with the PRI and voted to install the Senate’s Directive Board if one of them became its president. The PRI accepted and gave the presidency of the board to Senator Ernesto Cordero. With this, the PRI succeeded in installing the Senate’s Board on schedule by dividing the PAN; a treacherous move by the five Senators who sided with the PRI according to the PAN’s leadership.

Meanwhile, the Chamber of Deputies continued in a stalemate, where both parties accused the other of putting their party’s interests first rather than the wellbeing of the country. The PRI indicated the PAN was being irresponsible by holding Congress for “ransom,” while the PAN said the PRI sought the installation of the Directive Boards because they wanted agenda-setting powers to fast-track the automatic approval of the current Attorney General, Raul Cervantes, into the new position of General Prosecutor (who will be in office for nine years unless removed by Congress). The right-wing PAN argued that the newspaper leaks of how Ricardo Anaya had become rich were unfounded attacks on his moral integrity. They claimed the leaks had been circulated by the PRI, attempting to pressure the PAN into accepting a General Prosecutor who protected PRI members from the current administration from corruption or embezzlement charges in case they lost the presidency. Because of this, they would not cooperate with the PRI and its allies, impeding the Chamber of Deputies’ start ofits ordinary period as the remaining parties (PRD, MC, PT, and MORENA) had no intention of siding with the PRI. However, regardless of which version was the truth, the stalemate between the two major parties created tension as, without the installation of the Chamber of Deputies, the 2018 budget proposal could not be discussed, putting pressure on the Mexican economy. After several days of negotiations, the PRI finally accepted to withdraw from the new General Prosecutor Office bill the “automatic approval” clause that those same PAN members had voted for three years ago,[3] and the lower house was installed.
​
With the ample distrust between Mexico’s political parties, every issue during the election process can affect the normal course of government. Furthermore, when many political actors believe the elections could be rigged, tensions within a competitive election could escalate into conflict (during but especially after the election). In a time full of challenges—security issues in many municipalities and states, natural disasters, and the ever-present Trump problem of the NAFTA renegotiation process and its potential effects on the Mexican economy—a president with approval percentages revolving around the low 20s can quickly lose control of the country’s situation.

The views expressed here are solely those of the author. This article was originally published on the Mexico Institute's 2018 Elections Guide.

​
[1] The translation of Jefe de Gobierno (which literally translates to Government Chief), which represents the Mayor of Mexico City, is tricky because Mexico City is a huge city but at the same time is also a state. In other words, the entire state is a city, which until 2016 was a Federal District (like Washington D.C.) but, after a constitutional reform, became the 32nd state of Mexico. As a result, the 16 boroughs (delegaciones) within Mexico City will now be called “mayorships” (alcaldías) and their heads called mayors (not to be confused with the Jefe de Gobierno of Mexico City who, in English, is referenced as the Mayor of Mexico City).
​
[2] Currently the PAN is facing internal divisions from different factions who want the presidential candidacy. The PAN’s President Ricardo Anaya wants to be the PAN’s presidential candidate and has been accused by former First Lady Margarita Zavala and her supporters of unfairly using the party’s resources and his position to further his own cause. He is accused of being judge, jury, and executioner.

[3] It must be noted that, on September 12, 2017, PAN legislators introduced a bill in Congress that allows current Attorney General Raul Cervantes to compete in the selection process for General Prosecutor when they argued so vehemently that they did not want someone with a shady reputation—Cervantes has evaded taxes (car licensing taxes for his USD 4 million Ferrari) in the past—to be in the position of having to uphold the country’s law.  ​