An Interview with Lauren McCarthy, Assistant Professor of Legal Studies and Political Science, University of Massachusetts, Amherst, upon the completion of her Title VIII Research Scholarship. Dr. McCarthy discusses her Kennan Institute project, which explored how and when Russian law enforcement agencies implemented laws on human trafficking in Russia from 2004-2013. Check out this interview for a sneak peak of Dr. McCarthy’s forthcoming book

An Interview with Lauren McCarthy, Assistant Professor of Legal Studies and Political Science, University of Massachusetts, Amherst, upon the completion of her Title VIII Research Scholarship. Dr. McCarthy discusses her Kennan Institute project, which explored how and when Russian law enforcement agencies implemented laws on human trafficking in Russia from 2004-2013. Check out this interview for a sneak peak of Dr. McCarthy’s forthcoming book: "Trafficking Justice: How Russian Police Enforce New Laws, from Crime to Courtroom"

Malinkin: Tell us what happens at the local police units – how much depends on a law enforcement agent’s superiors or the culture of the unit?

McCarthy: The main thrust of my book talks about how law enforcement structures really impact the choices that are made on the ground when a trafficking case is encountered. They could prosecute as recruitment into prostitution, which is easier, requires less evidence, and is more familiar to them because it's not a new legal concept. They know what kind of proof that people further along the criminal justice chain will consider to be valid. So, they'll often just default to that, unless there's very clear evidence of buying and selling, in which case they use trafficking charges. Institutional incentives make a really big difference in the choices that law enforcement makes on the ground. However, they wouldn't really classify these as choice-making moments. The way the legal system is set up, you have a code and you have the elements of the crime outlined there. If you have the elements for a certain charge, you use it, but trafficking is very complex and has a lot of different things in it. If you run across a trafficking situation by finding women in prostitution, then you could easily see that recruitment into prostitution has taken place. This might be part of a bigger trafficking ring, but if you only see this one little piece and charge it as that one thing, you miss the whole trafficking scheme. There are a lot of underlying charges in trafficking that could be quite legitimately chosen as the right charge and convicted — it's just that you never get to the whole process.

Going back to the institutional incentives you mentioned, there can be incentives to close a case quickly. How often would you say that happens? Is it the norm?

The pressure to close cases is overwhelming. That is the primary driving force for almost all law enforcement behavior. The statistics on cases closed are very closely watched by their superiors. There are targets set from above for how many cases to close, how quickly to close them. There are also limitations imposed by the Criminal Procedure Code about the timeframe you have once you've officially opened an investigation. If you don't close it in that timeframe you have to ask special permission, and if you don't close it in the additional time you have to go all the way up the chain and ask for more special permissions.  This draws attention to your department, which you want to avoid at all costs if you're a police officer. This driving need to clear cases is part of a bigger system of statistical assessment, and Russia is not unique in this way — many law enforcement agencies use these. What is unique about how the Russian system works in terms of statistical indicators is that the targets are set from above and don't always correspond to what's happening on the ground and there's always pressure for the numbers to go up. In that way, it's not unlike the Soviet economy where there was this ratchet effect. You never wanted to over fulfill the plan by too much because then superiors know that you can and they would ask you for more next year. It's a very delicate balancing act to make sure that your statistics come in at exactly the right level and cases cleared is the primary indicator.

How does this play out in trafficking in particular?

If you're a police officer and you encounter a situation that might be trafficking, you know it's going to require a lot more investigating to put a case together under a trafficking charge. If you choose recruitment into prostitution as the charge, you know it's going to go all the way through the justice system and likely result in a conviction. You're most likely going to choose that charge both because it is the correct charge — it's not going to get reversed later — and it will be faster. With a trafficking charge, there's uncertainty of how other people will understand it —a judge may decide it’s recruitment into prostitution and acquit on the trafficking charge. Statistical assessment mechanisms themselves are not the problem — it's the way they work in Russia and the institutional structure in which they are working, which is extremely hierarchical.

What are the effects of prosecuting a labor trafficking case under false imprisonment or kidnapping instead? Are there different consequences for the individuals involved or on society more broadly?

The good thing is that Russia is putting traffickers in jail. They're not turning a blind eye to the problem, and they're doing it in a way that works for their law enforcement based on the incentive structures that exist. I created a database of mentions in the media of trafficking cases, but I would say that almost half of them weren’t being charged as human trafficking, even though they could have been. There's a ton of work being done on trafficking that is not reflected in official statistics on trafficking charges. So, that's positive - the bad guys are going to jail.

However, think of the trafficking process as links in a chain — if you're only removing one link, you're not getting at the broader process and the organizers of a trafficking case. Usually, there is some other charge that is more familiar, more comfortable, and people that I've talked to in law enforcement always say that they’ll use these additional charges for "insurance" — strakhovanie. In essence they are saying "we're using the trafficking charge...we're a little uncertain about it, so we're going to add this other charge." Almost all of the cases that were charged as trafficking in my data have an additional charge. It’s quite unusual in Russian law enforcement to charge more than one thing because you have to prove each individual charge for each individual person, for each individual crime that takes place, which is overwhelming. So the tendency is to charge fewer charges rather than in the U.S., where you just throw everything at the wall and see what sticks.

To what degree would you say law enforcement agents work with NGOs or any other groups to combat trafficking in Russia?

It was much better before the recent NGO legislation. A lot of the NGOs are very cautious about working with law enforcement now. When I was doing my field research in 2008, the International Organization for Migration was running a shelter in Moscow, and they had incredible cooperation with the federal, Moscow oblast, and city law enforcement. They were able to bring law enforcement agents to the rehab center, instead of sending the victims to the police station for questioning and evidence gathering. About 30-40% of the people that came through the rehab center cooperated with law enforcement. The people that I spoke to credited this developing relationship between the rehab center psychologists and the law enforcement agents with creating an atmosphere that was conducive to getting victim's testimony in cases. Getting victim testimony is really difficult because victims are often traumatized, and they don't want to talk to law enforcement — they don’t trust them, etc. Creating these institutionalized relationships was incredibly beneficial. Throughout Russia, there have been shelters that have come and gone based on grants, and there have also been shelters and NGOs that have trained law enforcement. Many law enforcement agents I spoke to recognize a need for shelters. The officers in Moscow were extremely grateful for the IOM shelter, so that's certainly an area where there could be more cooperation in the future.

You mentioned the 2003 laws were the first ones Russia had about trafficking and slave labor — have any further laws been proposed? Is law enforcement satisfied with the current laws?

There's currently no movement for more laws on trafficking. In 2008, however, the language of the trafficking statute was amended because the way it was written, law enforcement was unable to prosecute child trafficking for illegal adoption. Law enforcement asked for that change, and since then almost every single child trafficking case has been successfully prosecuted. Uncertainty is inherent to the trafficking process, so there's not a lot you can necessarily do with changing the law. At this point, it's really a question of how to implement the existing law more effectively.

What does your research in trafficking tell us about Russia's broader legal development?

The law in Russia is very dualistic. There's a political aspect to the law, which we hear a lot about, and there's this more ordinary day-to-day policing. Not all Russian law enforcement is corrupt, not all Russian law enforcement is politicized, but there are certainly those aspects in Russian law enforcement. The prosecution of trafficking cases is not a particularly politicized issue so it's a useful way to look at how the law functions on the ground. That's really what I want to do with this research — to look at how the law functions for ordinary law enforcement personnel. One of the contributions here is looking at this aspect rather than just looking at the head of the investigative committee who's pulling in various political actors for questioning. I'd say that's almost an entirely different legal system – it’s politicized. I’m looking at what happens in ordinary law enforcement practice, and I don't know that you can necessarily talk about the development of Russian law without this aspect.

Looking at the rule of law in Russia through the prism of trafficking — is it working?

I think the concept is too big to be able to say that trafficking indicates that Russia does or does not have the rule of law. One thing it does do is temper our expectations about the power of international agreements, especially on criminal justice issues. Russia signed onto an international treaty to prevent and suppress trafficking, and for any of these international treaties that require implementation on the ground, you're going to be dealing with bureaucratic hierarchies that already exist and have their own built-in incentives. The fact that things don't get implemented on the ground is not necessarily a reflection of the country’s political will or its importance to the country, but that there are real internal barriers to actually implementing those agreements. 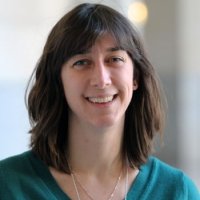