Evolution of Jihadism 20 Years After 9/11 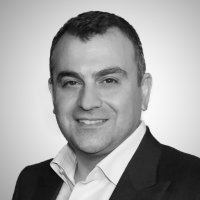 An interview with Ali Soufan, a former FBI special agent who led investigations into international terrorism cases, including the East Africa embassy bombings, the attack on the USS Cole, and the events surrounding 9/11.

Ali Soufan is a former FBI special agent who led investigations into international terrorism cases, including the East Africa embassy bombings, the attack on the USS Cole, and the events surrounding 9/11. He is the chairman and CEO of The Soufan Group and founder of The Soufan Center.

How has jihadism evolved in the two decades since the 9/11 attacks?

In 2001, the United States invaded Afghanistan in response to the 9/11 attacks. Its goals were to destroy al Qaeda and prevent Afghanistan from serving as a safe haven for terrorists. In the 20 years since 2001, the Global War on Terrorism has led to several tactical victories against jihadism.

Most of al Qaeda's operational leadership, including Osama bin Laden, are either dead or in jail. Most of the territory captured by the so-called Islamic State (ISIS) has been reclaimed. Its “caliphate” has been defeated in a physical sense.

Both groups, however, have adapted to these setbacks, working with affiliates across the globe and retaining the ability to inspire and direct terror attacks worldwide. Al Qaeda has matured and is waging a campaign to integrate itself into local social and political forces in the countries where its branches operate.

In the two decades since 9/11, the United States failed to overcome the ideology that underpins the success of these jihadist groups. Washington was so focused on the military fight that it ignored the economic, political, and social grievances that ultimately ensure jihadist movements outlast the U.S. focus on them. Sadly, the withdrawal of U.S. troops from Afghanistan in 2021 left the region even more unstable than it was before the attacks of September 11, 2001.

What is the state of the rivalry between al Qaeda and ISIS? How has their competition impacted jihadism?

Reinforcing the trend toward decentralization, parochial dynamics appear to be more relevant in the rivalry of al Qaeda and ISIS than any instructions dictated by the organizations’ central leadership. This new reality of competition between groups in the Middle East, South Asia, Africa and elsewhere has translated into more committed recruits on both sides. This rivalry could accelerate depending on how events unfold in Afghanistan, where the Islamic State Khorasan (ISIS-K or ISK) will clash with al Qaeda and its allies, the Taliban, and the Haqqani network.

Measuring which group has more impact is difficult because they both remain influential, though in different ways in different regions. Al Qaeda boasts more fighters than ISIS, although the ISIS brand remains strong. In some regions of the world, it’s growing stronger.

Al Qaeda's decision to abandon large-scale attacks on the West forced ISIS to bear the brunt of the counterterrorism pressure from the United States and its allies in the mid-to-late 2010s. The West’s focus on ISIS gave al Qaeda space to focus on local politics, build alliances, recruit new members, and stockpile weapons. Al Qaeda has grown exponentially since 9/11. By 2020, it had an estimated 30,000-40,000 members in various affiliate organizations and branches throughout the Sahel and South Asia.

Overall, al Qaeda and ISIS have conducted horrific attacks and greatly influenced the wider jihadist movement, both in terms of inspiring other extremist actors and generating robust counterterrorism responses. The Taliban takeover of Afghanistan will only strengthen the global jihadist movement, and appears extremely likely to attract more foreign fighters, reinforcing the ranks of the various groups already operating in Afghanistan and Pakistan.

The Taliban takeover is also a victory for al Qaeda. First, al Qaeda is joined to the Taliban through an oath of loyalty, and this gives the organization the upper hand over ISIS. Second, al Qaeda’s overall strategy appears to be working, and al Qaeda will focus on the next phase of its ‘management of savagery’ plan. The next phase of this strategy will focus on exploiting the power vacuums throughout the Muslim world to build hardline Islamic states. A final, third phase, includes stitching these Islamic states together into a globe-spanning caliphate.

Since 9/11, both ISIS and al Qaeda have increasingly acted through regional affiliates embedded in local societies,  rather than with their centralized operational “core.” Al Qaeda has shifted its strategy from global terror targeting the West, or the “far enemy,” to local insurgency and the exploitation of sectarianism and geopolitical conflicts.

ISIS has been engaged in low-level insurgencies in both Syria and Iraq since it was ousted from its last territory in 2019. But it still aspires to regenerate international attack planning capabilities. ISIS has also refocused resources on sub-Saharan Africa and South Asia. In the Levant, ISIS has concentrated on a clandestine and gradualist approach.

Geopolitical conditions are more conducive for localized jihadist efforts, largely at the expense of transnational movements. Transnational jihadists are generally too weak to use local success as a springboard to a comprehensive and sustained drive beyond the attack itself.

What were the primary drivers behind jihadism in 2021—and are they any different from 2001?

In 2021, terrorists continue to exploit similar grievances as their predecessors to perpetuate their extremist ideologies. Extremists peddle conspiracies rooted in the belief that the West is waging a war against Islam. At the same time, the conflict between Saudi Arabia and Iran drives sectarian narratives pitting Sunnis and Shiites against each other. Geopolitical conflicts keep creating both the social conditions and operational environments in which Salafi-jihadist and other extremist groups thrive.

The chaotic situation in Afghanistan in 2021 is the archetypical example of an environment that can be exploited by jihadist groups. A renewed civil war could fuel the next phase of the global jihadist movement. Since 2001, foreign fighters have gravitated toward civil wars, failed states, and insurgencies, particularly those driven by intense sectarianism.

The descent of most of the Arab uprisings that occurred in 2010 and 2011 into disarray provided terrorists with enormous opportunities to leverage existing enmities and regional instability to engage in what amounts to proxy wars. Salafi-jihadists have exploited the regional economic, political, and societal disarray caused by these conflicts, weaving together sectarian, revolutionary, and anti-imperialist threads into effective recruitment tools that resonate with the target audience.

What are the demographics of followers, fighters, and recruits in 2021—and how have they shifted since 2001?

In the early 2000s, most members of al Qaeda were Arabs from the Gulf states. ISIS succeeded in transforming the Salafi-jihadist movement into a popular protest movement, attracting individuals who would otherwise have little connection to Islamist extremism or militancy. In 2021, al Qaeda and ISIS were continuing to recruit adherents from North Africa, Central Asia, and even Europe.

By 2021, however, ISIS’s ability to recruit fighters was considerably diminished. The group relied heavily on the appeal of a “caliphate” to gain adherents. So the loss of its physical territory and the aggressive military campaign of the Global Coalition to Defeat ISIS was devastating for the group. Additionally, its new leader, Abu Ibrahim al Hashimi al Qurayshi, has proven far less charismatic than his predecessor, Abu Bakr al Baghdadi, who killed himself during a U.S. raid in 2019.

The detention camps in northeastern Syria, which hold thousands of ISIS militants and tens of thousands of women and children, are prime breeding grounds for radicalization and indoctrination. Jihadists will attempt to recruit the many vulnerable individuals in these camps to their cause.

Where is the broader jihadi movement headed? What theaters of conflict might fighters swarm to next?

In 2021, large swaths of land – across the Middle East and North Africa, from West Africa to Somalia, through Yemen, and Syria, to South Asia – are under the influence and control of violent extremists and non-state actors, including terrorists, insurgents, and militia groups. This arc of instability risks creating weak and failed states like Afghanistan, where terrorist groups can find safe haven. Options for mitigating the threat are limited by little or no U.S. military or diplomatic presence.

More specifically, the center of the global jihadist movement is pivoting from the Middle East back to South Asia. Salafi-jihadist groups, including ISIS and al Qaeda, have long viewed South Asia as fertile ground to gain new territory and recruits. The risk is that Taliban-led Afghanistan will be a hospitable operating environment for a wide variety of malicious actors. Without Western troops stationed in the country, al Qaeda could establish training camps in Afghanistan where foreign fighters can train and then deploy to conflicts in the region as well as to targets in the West.

The potential return of foreign fighters and their families from detention facilities in Syria and Iraq also remains an issue in Southeast Asia. Additionally, Africa is becoming a hotspot for jihadist activity globally. The most active branches of both al Qaeda and ISIS are located there—in the Sahel region and the Horn of Africa for al Qaeda, and in the Lake Chad region and Central Africa for ISIS. Conflicts in these areas attract foreign fighters from the region, but they may be less appealing to fighters coming from outside the continent.

The United States and other Western countries are increasingly concerned that jihadists will take advantage of emerging technologies to plan spectacular attacks. The barriers to entry for acquiring drones and 3-D printing capabilities to manufacture clandestine weapons have been lowered considerably since 2015.

Chairman and CEO of The Soufan Group
Read More