Skip to main content
Support
Explore More
Close
Article
Coronavirus
Who is 'us'? Thinking like North Americans in our pandemic response
By Duncan Wood on May 12, 2020
Share on FacebookShare on TwitterShare via Email
SharePrint
Article

Fellow Reports on the Health of Political Leaders

Wilson Center Fellow Lawrence Altman, a physician turned journalist who has a long-running column in The New York Times, has written about the health of political leaders for decades. Numerous examples illustrate the dilemma between the candidate's right to privacy and the public's right to know.

Health problems can impede a political candidate's ability to serve if elected to office, yet over the years some candidates have failed to disclose, or even lied about, their serious ailments. Such information is particularly relevant to their constituents, who have selected who they believe most ably represents their interests.

New York Times medical columnist Lawrence K. Altman MD is currently a Wilson Center fellow researching toward a book on this topic. Altman, who in 1969 became the first physician to work as a full-time reporter for a daily newspaper, will draw on his 40 years worth of articles covering the health of political leaders and candidates, including personal experiences from his interviews with politicians and their doctors.

Altman first wrote on the subject in 1972 when news stories appeared that Senator Thomas Eagleton failed to disclose repeated hospitalizations and electro-shock treatments for depression. The incident forced Eagleton to withdraw as Senator George McGovern's running mate in the presidential election. This became the first of many stories Altman would cover on the health of politicians prospectively, while they were candidates for higher office.

While Eagleton did not grant Altman an interview, in 1980, Altman did interview then-Governor Ronald Reagan before the Republican National Convention. It was the first time a presidential candidate discussed health issues candidly with a journalist. Reagan acknowledged a family history of senility and told Altman he would resign if he became senile. Altman conducted follow-up interviews with Reagan's doctors in the 1990s but could find no evidence that Reagan definitively had Alzheimer's while in the White House.

Then-presidential candidates Barack Obama and John McCain distributed incomplete health information to the press. At a news conference in 2008, McCain's doctors laid out hundreds of pages on his health for just a couple of hours. Reporters scrambled to decipher the information but little was revealed. The New York Times was excluded from this gathering.

The health of political candidates treads a delicate line between the right to privacy and the public's right to know. Altman had interviewed the late Senator Paul Tsongas, who had aspirations for the White House in 1992. During the primaries, doctors denied Tsongas had a recurrence of cancer. It turned out Tsongas became gravely ill from cancer throughout what would have been his first presidential term.

Another shining example of this quandary occurred in 1970 when the late Congressman William Ryan was running for re-election. Ryan denied he had throat cancer despite obvious signs he had surgery on his neck. The New York Times published a letter co-authored by four doctors who attested to Ryan's health, but interestingly, said Altman, none of those doctors had actually examined him.

"Society expects political candidates to voluntarily and fully disclose their medical information and answer related questions as they arise," said Altman. "The burden of responsibility should be on the candidate." 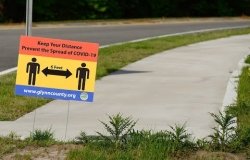 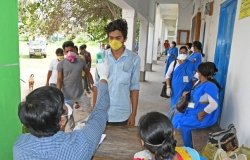 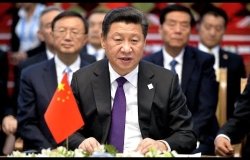 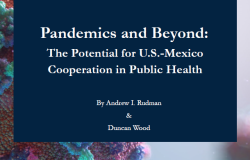 Publication
Coronavirus
Pandemics and Beyond: The Potential for U.S.-Mexico Cooperation in Public Health