In this opinion piece, Wilson Center President Jane Harman argues that a FISA-like process for governing so-called "remote-control warfare" --the use of drone strikes and offensive cyberattacks--would protect individual liberties enshrined in the Constitution while confronting a supercharged threat environment.

In the debate on drone policy that is raging in Washington, a simple solution is available. Why not use the framework established in the 35-year-old Foreign Intelligence Surveillance Act, or FISA, to cover drone strikes and offensive cyberoperations?

FISA was enacted in response to the abuses of the Nixon years and established a special court and congressional oversight procedures to review intelligence collection activities against Americans and foreigners. For 23 years, that framework worked well in a very different threat environment. The FISA court was able to manage a reasonable caseload, and the Senate and House intelligence committees – created to do oversight over the program – carefully reviewed all activities.

September 11, 2001 was a game changer, forcing the United States to rethink the existing security paradigms. In response to the graveness of the terrorist threat, the Bush administration decided that the existing FISA framework was antiquated and inadequate, and began warrantless foreign intelligence surveillance outside the FISA structure. The president claimed this extra-legal action was justified under his "commander in chief" powers in Article II of the Constitution.

Congress rightly pushed back. As one of the members of Congress who led the charge, I insisted that the program be brought under FISA and helped write amendments in 2008 to modernize it.

These amendments - which then-Sen. Barack Obama supported, and which were passed by an overwhelming bipartisan vote and renewed twice – created the legal structure that could serve as a model for overseeing drone strikes and offensive cyberattacks. A FISA-like process for governing so-called "remote-control warfare" would protect individual liberties enshrined in the Constitution while confronting a supercharged threat environment.

FISA-like procedures can help with critical determinations of how imminent a threat is, whether capture is feasible and if potential action is consistent with laws of war, the three criteria laid out in the recently leaked Department of Justice's "white paper" on drone strikes.

The FISA court, renamed the CT Court, could also oversee drones and cyber. A FISA court application must show that specific individuals are connected to a foreign power – which is defined, in part, as a group engaged in international terrorism. Drone and cyber applications could (1) list the individual/cyber target against whom the lethal operation is directed and (2) submit a finding of probable cause that the individual/cyber target is connected to a foreign power, is in a senior operational capacity and poses an imminent threat of violent attack against the United States.

Approved applications for drone strikes and cyberattacks would need to be renewed after a certain period, and discontinued if evidence is presented that the targets no longer meet the criteria. FISA provisions for emergency authorization in time-sensitive situations should also apply.

The concern about avoiding collateral damage in drone strikes is echoed in the FISA requirement to minimize exposure of U.S. persons and private information that may be incidentally acquired in the course of a foreign intelligence operation.

FISA also explicitly provides for congressional oversight by mandating that the intelligence and judiciary committees be kept fully informed. As an independent branch of government, Congress must conduct robust oversight.

In addition to adopting a FISA-like framework, one more major change should be made: All sustained drone and cyberattacks should be conducted by Department of Defense agencies. The CIA could then return to its more traditional missions, something CIA director nominee John Brennan has said he supports.

Vice President Biden likes to say that "our own strength lies not in the example of our power, but the power of our example." Showing the world that we run "remote-control warfare" consistent with our values will vastly improve our standing in the world – and our ability to win the argument with those who are considering whether to attack the United States. We can have liberty and security, or we can diminish both. 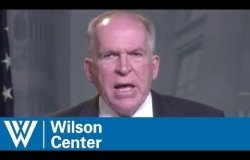