The Human Cost of Climate Policy: A Call to the United States and Canada to Move in Lockstep on Labour Strategy 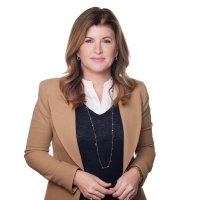 Recent political developments have left the impression that Canada and the United States are falling out of sync. Global Fellow Rona Ambrose writes that the two governments need to "move in lockstep" to adequately address climate change and work towards a coherent climate policy that supports upskilling and jobs creation.

When Joe Biden became the President of the United States, policy makers in the Justin Trudeau-led Canadian government rejoiced. They looked forward to working with a President and U.S. administration that was aligned with them on their primary focus: climate. Since then, we have seen and heard little of this mutual policy priority. One exception was the ZOOM call last spring that resulted in the Prime Minister pledging to exceed Canada's Paris targets, and the two leaders implementing policies like carbon adjustments on our boarders. Apparently we would be moving in lockstep, together after all…

Despite a speedy five-week Canadian federal election that returned a nearly identical House of Commons, it seems like our closest friend has forgotten us. From the devastating, uncoordinated events in Afghanistan to being left out of the Australia-U.S.-UK alliance to the ultimate snub when President Biden referred to Australia, and not Canada, as its closest ally, Canadians are feeling perplexed and the government is left wondering whether it can continue to count on our southern neighbours who are becoming more insular and protectionist. And where do we go next, in lockstep, on climate policy?

As energy transition plans unfold in both our respective countries, it is clear that the Canadian and American governments must work together to establish a bilateral labour strategy to address the human impact of the transition to lower carbon economies. A TD Economics report warns that without a series of labour policy reforms, Canada's oil and gas industry could be facing disruption on a level akin to what happened to the U.S. and Canadian manufacturing sectors in the 1990s and early-2000s, which became rust belts. In Canada alone, it is estimated that upwards of 450,000 energy sector workers may be displaced as climate policies are pursued. In the U.S., the human impact will undoubtedly be much larger.

The leaders of our great countries must work together, with urgency, on how to create a ‘just transition’ for those impacted by climate policy.

The optimist in me believes we can get this done, together, because we can see it coming. We have the resources and the time to address this massive policy challenge. We have a moral obligation to the workers who will be displaced. If we can get the labour policy right, we can not only mitigate some of that human displacement, but to also set both the Canadian and U.S. economies up for exponential growth.

However, we're going to need a plan. One that goes beyond income supports and changes to employment insurance. Nobody in Canada wants income support. It's a stopgap and it's not sustainable. The people who make up our energy-producing industries are hardworking people. They don't want handouts. They want jobs.

A concerted effort to focus on retraining, upskilling and clean energy infrastructure and development in those communities that will face the greatest impact from the loss of oil and gas jobs would be a good start. Both of these recommendations are reflected in the TD Economics report.

More than ever, there is urgency to move on realistic plans to tackle climate change in both Canada and the U.S. We know we all have a part to play, and that it won't be easy. But we must acknowledge where the real hurt will be. There is also urgency for policy makers to address the hundreds of thousands of workers in the energy sector who will be displaced, what is our shared plan for them?